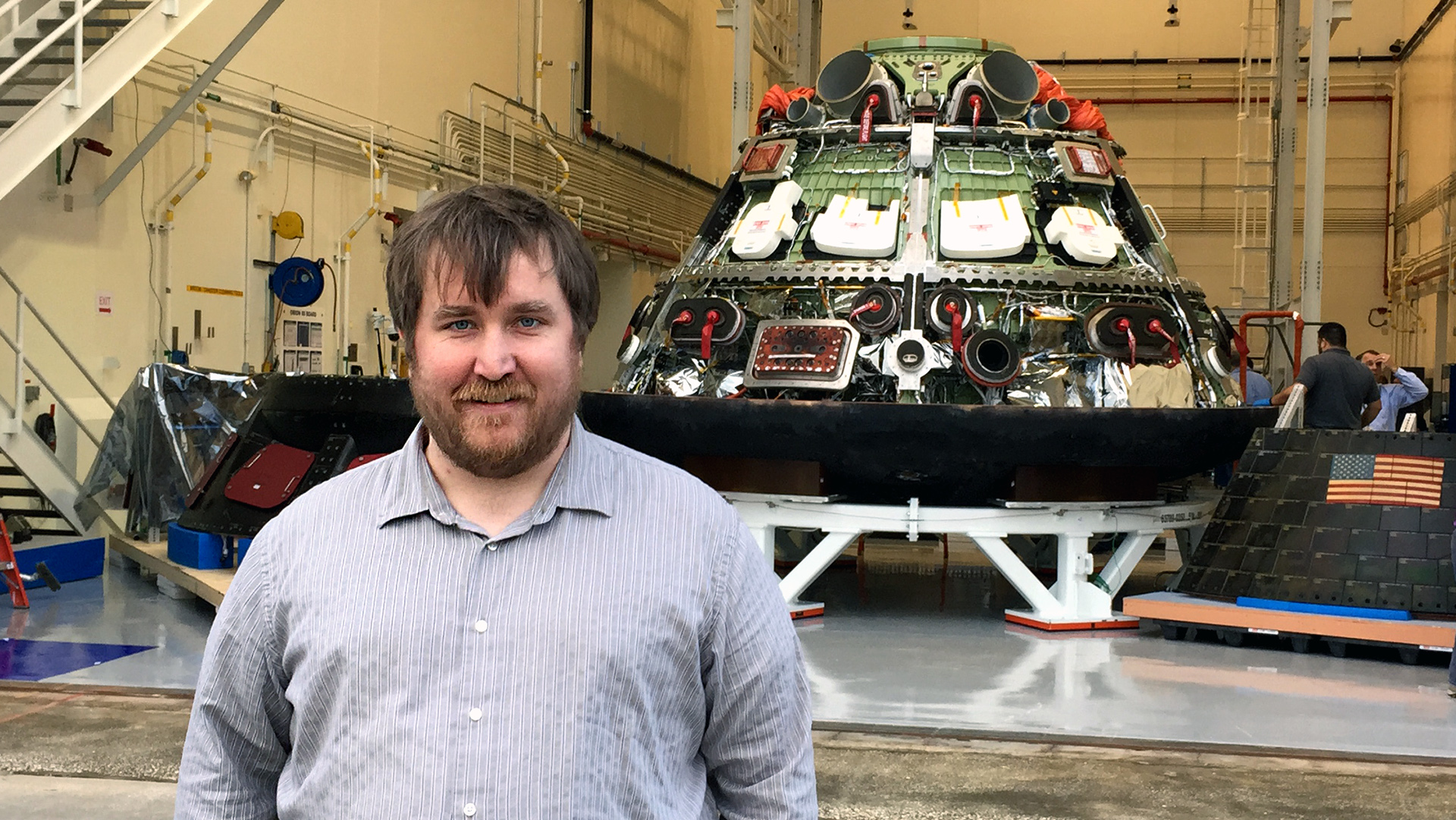 Zachary Pirtle remembers struggling to choose a major during his freshman year at Arizona State University. Ira A. Fulton Engineering Schools. He followed in his father’s footsteps by enrolling in the Mechanical Engineering program, but by his second year he envisioned a change.

Two things prevented him from taking another direction. He completed an internship in the aerospace division of Honeywell, and he began to take courses in the philosophy of science.

The internship showed him “how engineering works in the real world,” Pirtle said. Philosophy courses helped him see engineering in a broader perspective of its value to acquire new knowledge and ideas and apply them in a way that best serves society.

“From that point on, I was engaged,” Pirtle said. “I wanted to be an engineering philosopher. I wanted to connect with that kind of community and help build this domain. “

This motivation led him to become a respected student among his faculty and later a leader in space exploration and policy at Nasa.

Journey of a rising star

A decade later, in 2019, Pirtle completed his work for a PhD in Systems Engineering at George Washington University, or GW, in Washington, DC

He had moved to the city in 2010 to join NASA and quickly began to find his way to higher positions. The agency also funded his doctoral research. He is now an assistant professor at GW, where he taught a senior level systems engineering course.

Recently, Pirtle received the NASA Early Career Medal for “outstanding leadership in assisting in the formulation of NASA’s deep space exploration programs, with innovative application of the discipline of program management.”

Pirtle’s other accomplishments include co-chairing the Philosophy, Engineering and Technology Forum in 2018 at the University of Maryland, College Park, with researchers who focus on studying the nature of engineering design, knowledge, and ethics. Academic papers from the conference led to the recent publication of the anthology “Engineering and philosophy: reinventing technology and social progress, Which Pirtle co-edited. 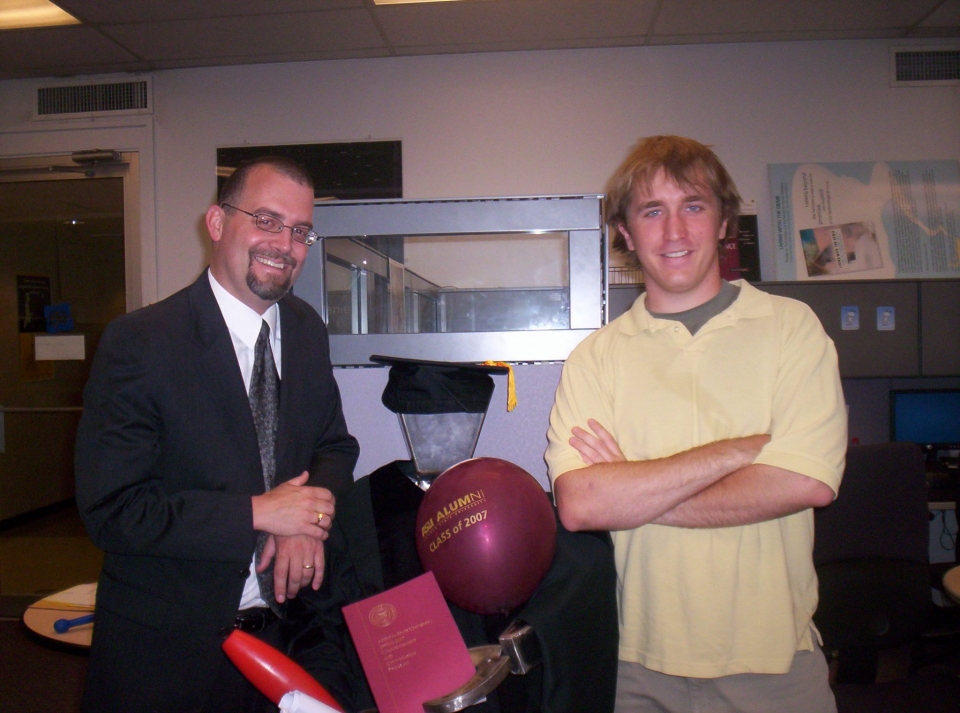 In 2007, Zachary Pirtle (right) celebrated Arizona State University’s graduation from undergraduate degrees in mechanical engineering and philosophy by Professor Clark Miller, now associate director of the School for the Future of Innovation and Society. They are pictured in the campus office of the Consortium for Science, Policy and Outcomes, where Pirtle was an intern. Photographer: Lori Hidinger / ASU

He is currently program director and engineer for the Exploration Science Strategy and Integration Office, or ESSIO, in NASA Science Mission Directorate.

He is among those responsible for Commercial Lunar Payload Services, or CLPS, deliveries to the surface of the moon, with their first landing mission scheduled for later this year. He is also one of NASA’s key executives for the scheduled delivery of the CLPS from the VIPER rover to explore the moon’s south pole in 2023.

Pirtle’s career at NASA has become something of a family affair. His wife, Katelyn Kuhl, works in international relations for the agency. It recently negotiated agreements between NASA and space agencies in Canada, Japan and Europe to jointly develop a space station orbiting the moon.

The couple recently welcomed their first child, daughter Gal Kuhl, to the world. Pirtle said his bedroom was already stocked with lunar and space exploration props, as well as children’s books on the philosopher Plato. 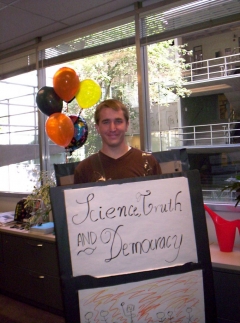 For his undergraduate thesis in philosophy as a student at Barrett of ASU, Honors College, Zachary Pirtle focused on philosopher Philip Kitcher’s book “Science, Truth and Democracy”. Photo by Lori Hidinger / ASU

Pirtle notes that during his research for his undergraduate thesis, he was influenced by the book “Science, truth and democracy” by philosopher Philip Kitcher. He carried these varied but interconnected interests in science, engineering, philosophy and politics in his graduate studies.

Now, Pirtle has said he is fortunate to be able to stand up for the values ​​he developed during his academic endeavors.

“There are debates at NASA about which missions we should be pursuing and what our policies should be,” Pirtle said, “and given how science, engineering and technology shape society, it’s a good thing that we take the time to think about what we choose to do and how it will impact people.

Pirtle’s involvement in efforts to examine the direction of the nation’s space program and the ramifications of his exploits comes as no surprise Daniel Sarewitz, an ASU science and society professor who co-founded and co-directs the Consortium for Science, Policy and Results, or CSPO.

“As a student at ASU, Zach was the kind of enthusiastic, endlessly inquisitive and intellectually adventurous student who keeps professors on their toes and helps make lessons more fun and engaging for everyone,” said Sarewitz. “Through the questions he posed and his gift for critical thinking and interdisciplinary synthesis, Zach was truly an intellectual partner from the start.

He points out that when CSPO was in its infancy, consisting of a small number of faculty, students and staff, Pirtle was a significant contributor to the culture and agenda of the group and to its vision for ” improve the societal results of science and technological advances.

“I see him bringing that same spirit and vision to his work at NASA, where he’s really making an impact,” Washington-based Sarewitz said. DC “It helps build a larger community of policy practitioners and academics working on issues at the intersection of philosophy and technology. Having Zach as a colleague here in Washington over the years has been fantastic. I continue to learn from him and be inspired by him. 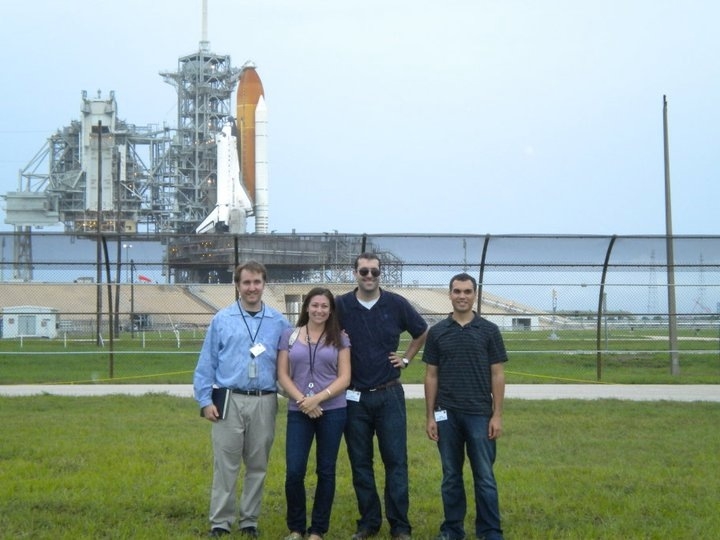 In 2011, Zachary Pirtle (left) joined his cohort of 2010 NASA Presidential Management Fellows, Jesse Deihl, Matt Curtin and Kevin Gilligan, at the final launch of Space Shuttle Atlantis, marking the end of this shuttle program spatial. As part of his work, Pirtle has contributed to the management and integration functions of the shuttle’s successor, the Space Launch System, which debuted in 2011. Photo courtesy of Zachary Pirtle

Richard creath, professor at ASU School of Life Sciences, Pirtle recalls as “curious, engaged and skeptical, the ideal student” in the introductory philosophy of science course Creath taught. He recalls that Pirtle quickly moved on to advanced courses designed primarily for graduate students.

“He thrived there too. I was working on my conceptual take on philosophy at the time, and Zach’s probing questions definitely improved my own work by forcing me to articulate it more clearly, ”Creath said. “Since then, we have been encouraging and challenging each other. “

Pirtle’s academic and professional versatility provides a model for how today’s students might strive to elevate the stature of engineering as a solid source of innovation and creativity, the professor said. Fulton Schools. Brad Allenby, who was one of Pirtle’s mentors and co-chair of his masters thesis committee.

The growing complexity of today’s world calls for engineers who are better able to understand and assess the economic, environmental, social, cultural and political aspects of the technologies and systems they produce and how these things will be used. Allenby said.

By taking his engineering education “beyond technique into philosophy,” Allenby considers Pirtle to have been at the forefront of an emerging trend for engineering students to branch out beyond disciplines. traditional linked to their main domain.

Pirtle “charted a very different path,” both as a student and in his career, said Jameson wetmore, associate professor at ASU School for the future of innovation in society, one of the faculty members who most influenced Pirtle. Wetmore is now taking ASU doctoral students to Washington, DC, to learn from Pirtle how science policy is made.

Wetmore recalls being impressed that, even as an undergraduate student, Pirtle worked to find ways to expand the education of undergraduate engineering students. Later, when Pirtle became “one of the few people with a technical background selected as Presidential Management Fellow“Wetmore said,” he worked with the organizers to recruit a much larger number of scientists and engineers into the program. These efforts will impact others for years to come. “

Top photo: Zachary Pirtle is pictured in 2015 in front of an Orion spacecraft after it launched into a high-energy land reentry as part of NASA’s 2014 Exploration Flight Test-1 mission. Pirtle observed the capsule being disassembled and evaluated. Such experiences informed his academic writings on how engineers learn from real-world test missions, helping them to better design and improve systems engineering approaches for space missions. Photo courtesy of Zachary Pirtle