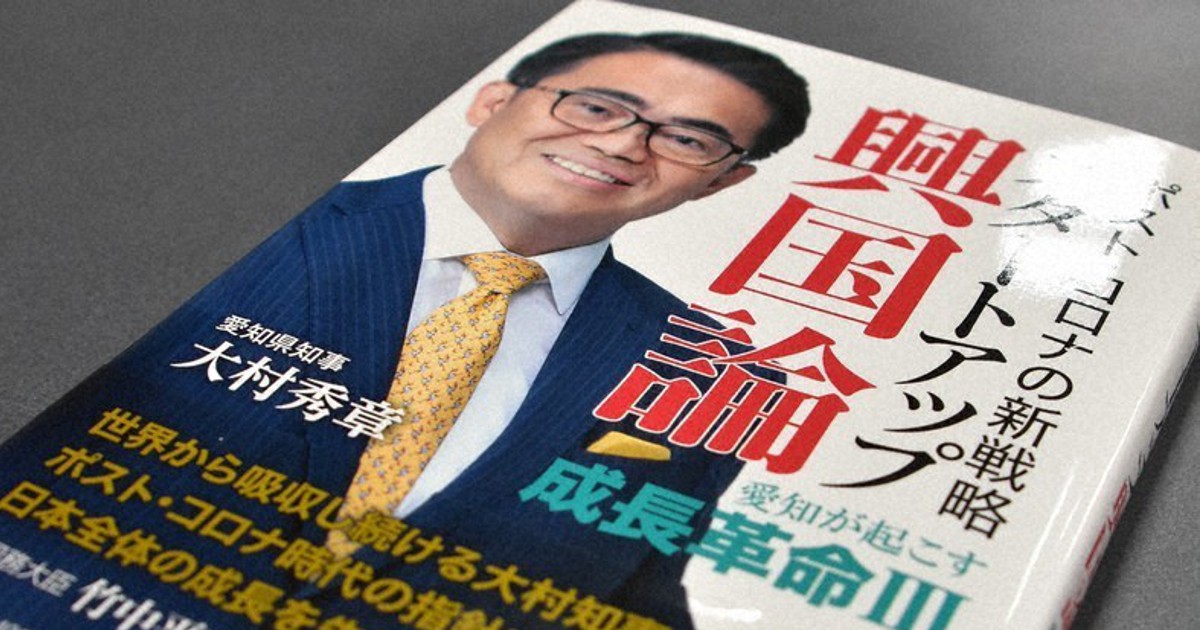 NAGOYA – A political group led by Governor Aichi Hideaki Omura distributed free copies of a book he wrote to his supporters in 2020, in a possible violation of the law on elections in office public which prohibits donations to voters, we learned.

According to the group’s political fundraising reports, Shuseikai, and other information, the group privately published Omura’s book titled “Start-up kokoku-ron” in October 2020 and purchased 1,000 copies of the title – at prize of 1,540 yen (approx. $ 13.50 each – from a bookstore to distribute to attendees of a political fundraising night for Omura.

However, the party has been called off due to the spread of the coronavirus. The group claims to have distributed around 200 to 300 copies of the book free to supporters of Omura. Some of the recipients would have paid for the post.

While supporters residing in prefectures such as Aichi, Gifu and Tokyo received the book, a group official said he could not recall further details about the recipients. “We wanted them to read the book because they made contributions (to us),” the manager explained. “We didn’t know it could constitute a donation.”

According to the Aichi Prefecture Election Administration Commission, in general, distributing books and other materials to voters may violate the law on public service elections even if the recipients are supporters who have makes political contributions.

Professor Hiroshi Kamiwaki of Kobe Gakuin University, an expert on political finance issues, commented: “It is highly likely that the case constitutes a prohibited donation under the Public Offices Election Act, because copies of book no. ‘were not handed out at a political fundraiser, “in which case it would have been obvious that the book’s distribution was in exchange for party ticket purchases.