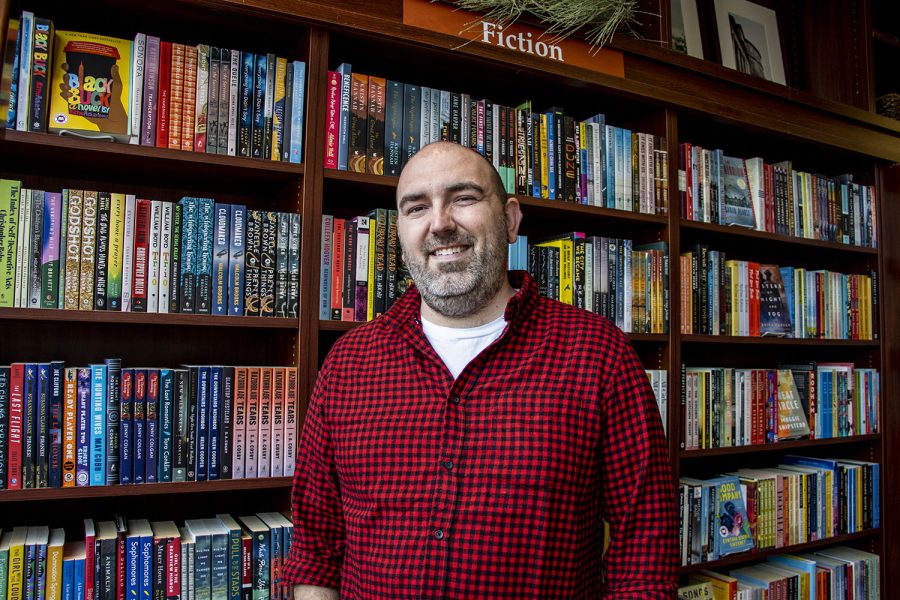 In an interview with The Daily Iowan, Eastern Iowa comic book artist Eric Gapstur talks about his new book, “Sort of Super,” which follows a middle schooler as he discovers he has superpowers.

Eric Gapstur is a comic book artist living in eastern Iowa. Gapstur has released their first graphic novel titled kind of great end of March, which follows a middle schooler who discovers he has superpowers. Taking the traditional superhero story combined with other social and family struggles, kind of great explores a range of themes through the lens of an 11-year-old boy. In the past, Gaptur has worked with DC Comics, drawing some inspiration for his work from his time involved with the infamous publishing house. On April 2, Gapstur held a book signing to celebrate the release of its book kind of great to Barnes & Nobles in Coralville where Gapstur was himself a bookseller. Gaptur replied The Daily Iowan’s questions by email.

The Iowan Daily: How did you combine traditional superhero history with other social and family struggles to create your latest book kind of great?

Gapstur: I wanted to combine a lot of the traditional superhero drama and adventure with the humor and whimsy of my favorite comics, which felt like the perfect mix to explore the issues a superpowered college kid would face .

ID: What is the process of writing a comic like compared to other forms of writing you have encountered?

Gapstur: My graphic novel scripts are light on a lot of detail for the page visuals that are in my head. I try to convey only what is necessary to my collaborators, for the sake of time and also to give myself more time to flesh out some of the more stubborn storytelling issues. This is opposed to prose, which needs the entirety of what you are trying to convey on the written page.

ID: How did you start drawing comics and writing comics?

Gapstur: I started writing and drawing comics as soon as I finished reading my first comic in third grade. I vividly remember copying pages from Spider-Man comics with my friends. I had no idea they were published monthly, so I would continue the stories myself and make up my own.

ID: Did your previous work with DC Comics influence your art or storytelling style with Sort of Super?

Gapstur: Yeah, I wanted to use the same dynamic composition and storytelling in Sort of Super that I learned from comic book artists like Phil Hester and Ed McGuinness, while transitioning aesthetically to my more cartoonish influences like Bill Watterson and Richard Thompson.

ID: Does living in Iowa or any other part of your personal life influence your work as an author?

Gapstur: One aspect of my personal life that has enhanced my work is having children and being a stay-at-home dad. I think a lot of my self-esteem went into accomplishing my cartoon goals before I had kids, and they helped shift my focus and priority in life away from that, which freed up creativity without that self-imposed pressure.