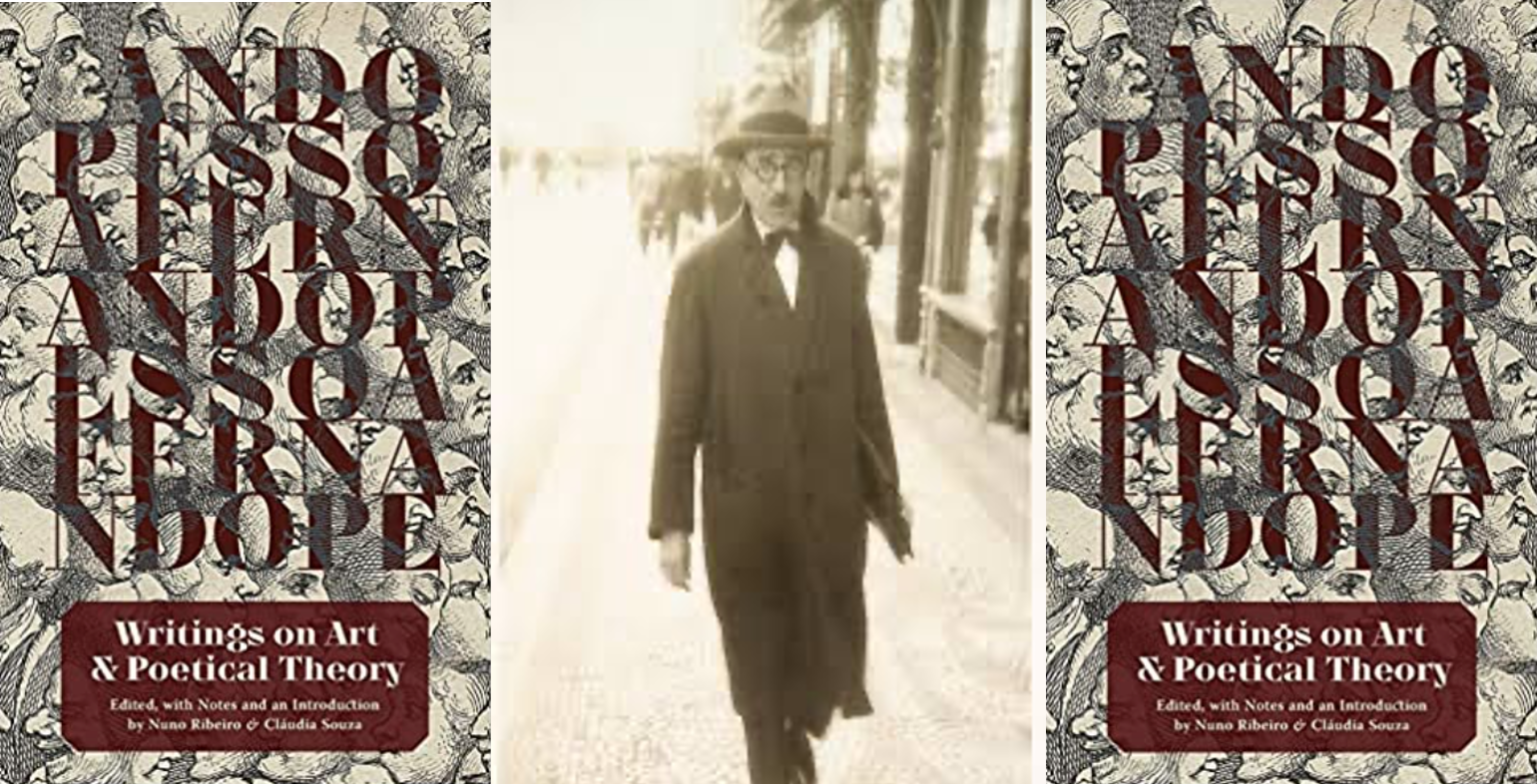 Writings on art and poetic theory contains a selection of the writings of Fernando Pessoa (or those of his heteronyms) on art and poetic theory, originally written in English. In Pessoa’s work, we find not only literary and fictional works, but also a multiplicity of theoretical texts on the most diverse subjects concerning artistic movements, literature and writers.
In this book we see Pessoa explore, through various heteronyms, general theories on poetics, the poetry of other heteronyms, the uses and abuses of criticism, etc. Also included are essays on sensationalism (an aesthetic movement that Pessoa calls a new species of Weltanschauung), the translation and a brief history of English literature, which includes fragments on Shakespeare, Milton, the British Romantics, Dickens, Wilde and others, as well as additional material, such as Pessoa’s own poem, Antinous.
This edition, prepared by Nuno Ribeiro and ClÃ¡udia Souza, allows us to have an overview of Pessoa’s writings on art and poetic theory – most of which are presented here for the first time to English readers -, thus paving the way to future studies on one of the most significant authors of Portuguese modernism.

Fernando Pesoa (1888-1935) â€“ Born in Lisbon, Portugal, where he lived most of his life in obscurity, gaining international recognition as one of the greatest writers of the 20th century. Most of his extensive body of work was published posthumously.

Nuno Ribeiro is a post-doctoral researcher at IELT, New University of Lisbon (FCSH). He holds a degree in philosophy (2007) and a doctorate in philosophy-aesthetics (2012) from the Universidade Nova de Lisboa. His research interests focus on literature with a focus on the thought of Fernando Pessoa. He has published books, editions, articles and book chapters in Europe, the United States and Brazil.

Claudia Souza obtained his doctorate in Portuguese language literature at the Pontifical Catholic University of Minas Gerais, with a thesis entitled: Sciences of the psyche, politics and literary creation in the succession of Fernando Pessoa â€“ 1905â€“1914. In 2017, she completed a post-doctorate on Fernando Pessoa at the Department of Philosophy at the University of SÃ£o Paulo. She is the author of numerous editions and essays on the work of Fernando Pessoa published in Europe, Brazil and the United States.