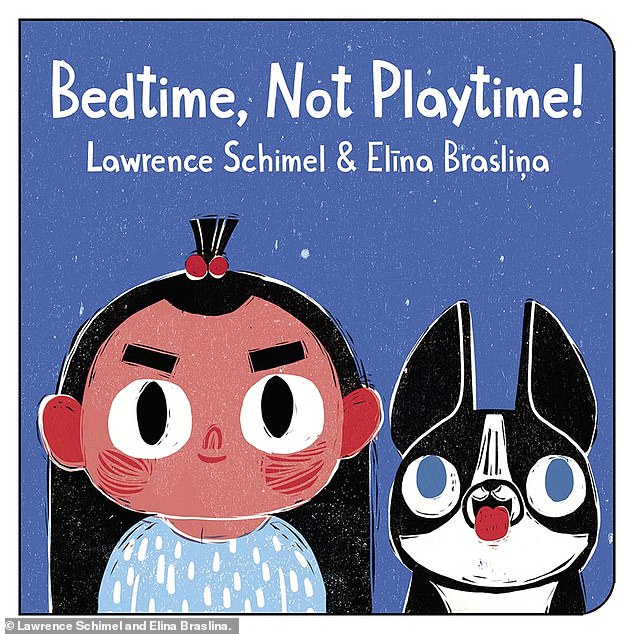 A children’s picture book that aims to normalize families with same-sex parents has been released with an 18+ content warning in Russia as part of a campaign to challenge the country’s LGBT + propaganda law.

The book, titled Mothers, Fathers and Kids from Dusk to Dawn in Russia, was released with the adult content label due to the country’s so-called “gay propaganda laws”, which ban content promoting the style. of gay life.

It is published as two titles in English – Early One Morning – which follows a boy’s morning with his two mothers; and Bedtime, Not Playtime !, which focuses on a girl with two dads at night – while the Russian version combines the two.

It comes after a Hungarian bookstore was fined £ 600 for selling a copy of the same picture book, the Guardian reported.

A translation of Bedtime not Playtime and Early One Morning by American author Lawrence Schimel, which follows the story of a child of gay parents, was released in Russia with an 18+ tag. 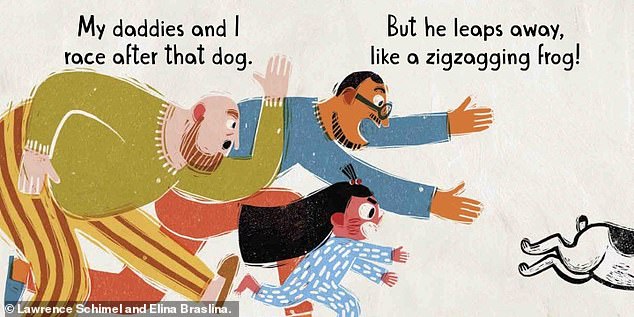 A library in Hungary was fined £ 600 for publishing the book last month. Now the Sphere charity is using the book to draw attention to Russia’s anti-LGBT propaganda laws (Photo: an illustration from the book)

It aims to normalize the idea of ​​having “two dads” or “two moms” by showing children and a happy and healthy home environment. 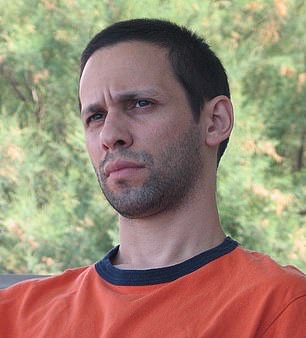 Author Lawrence Schimel has said he opposes Russia’s LGBT + laws, adding that he believes his book is important in showing that families like this exist around the world.

The book was published in Russia by the LGBT + charity Sphere, which decided to go ahead after Russian publishers refused because of the country’s laws banning LGBT + material.

‘[This] is a book that’s not just about LGBTQ + families, but for them. In that sense, this book alone is the very first of its kind in Russia, ”the organization told The Guardian.

They went on to explain that the law required them to publish the children’s book with an 18+ label.

“In other words, due to the existing legislature, there was no choice but to publish a children’s book only for adults … This is the ridiculousness of the propaganda law, which does not only increases discrimination against LGBT + people and limits access to information, ”they added.

Sphere has since launched a petition to see the law repealed in Russia, which has already collected more than 60,000 signatures. 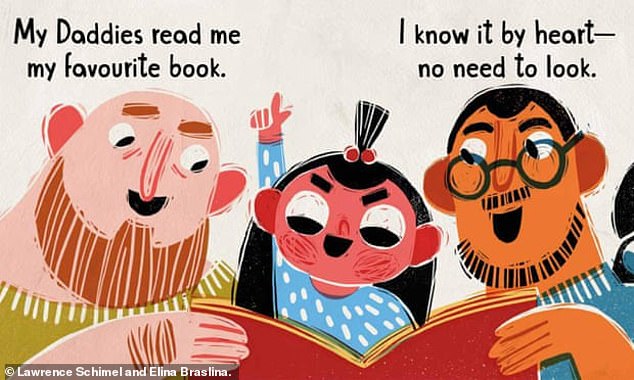 The book has already been published in five languages, with Sphere predicting that more editions will be available by the end of 2022.

Russian law hindering the freedom of LGBT + people in the country

Formally referred to as the law “aimed at protecting children from information encouraging the denial of traditional family values”, it prohibits the “promotion of non-traditional sexual relations with minors”.

In practice, it prohibits children from accessing any information concerning the lives of LGBT people.

The ban includes, but is not limited to, information provided via the press, television, radio and the Internet.

LGBT + groups are prohibited by law from working with or providing information to adolescents, and websites have been closed because of it.

The law presents the LGBT + way of life as a threat to the traditions and values ​​of Russian families.

Mental health counselors said the law prevented them from giving honest advice because they had to censor themselves to comply with the law.

In 2017, the European Court of Human Rights concluded in 2017, declared that the law reflects and reinforces “predisposed prejudices, unambiguously highlighted by its national interpretation and application”.

In a statement to the publication, the charity said: “This law does not protect anyone from anything. Rather, it is an instrument 1) limiting access to information and 2) legitimizing discrimination in the forms of homophobia and transphobia in society – when real families, with real children, suffer from it.

Author and illustrator Schimel and Brasliņa have both said they oppose laws in Russia and are “delighted” to donate the book to help the Sphere campaign.

The American author, who says the book should be read so that an entire generation does not grow up with political homophobia, went on to say that hatred has no place in the diverse world in which we live.

He added that such anti-LGBT + laws do not protect children and the gay lifestyle is not something to be protected from.

Schimel also said it was important for children who might discover their LGBT + identity to see the book, while noting that all children should be aware of the existence of families like the ones he talked about in the book.

In total, Sphere published 500 copies of the book, which were sent to regional LGBT + charities in Russia as well as influencers.

The association said the publication process had not been easy and the group feared government interference to prevent the book from being published.

The book will not be sold, but given to activists in order to give more representation to LGBT + families

Early One Morning and Bedtime not Playtime have both been published in English, Spanish, French, German and Italian.

Sphere has said it will be available in 24 languages ​​and 30 editions globally by the end of 2022.