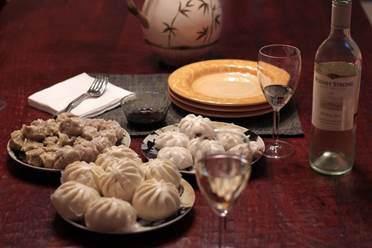 Despite stereotypes, women who get together to talk about books are more than chic, chocolate and chardonnay. Take Diverse Divas de Paducah, for example. They meet once a month, via Zoom, to share insights and insights gleaned from reading books on topical issues such as race, the Chinese Cultural Revolution and the war in Afghanistan.

Retired teacher and group founder Nancy Powless was inspired to host the Monthly Discussions last June, around the time of George Floyd’s death and the Black Lives Matter movement.

She reached out to potential attendees via Facebook Messenger, which involved local members as well as others from Georgia, Tennessee and Wisconsin. When possible, special guests enrich the discussion. In October, Gayle Lemmon will join the Divas’ discussion on her book, “The Dressmaker of Khair Khana”, about the changes a family of women faced when the Taliban came to power in Afghanistan.

The group is twenty to seventy years old and readings include fiction and non-fiction. Sometimes Zoom meetings are as small as four participants, but the number can grow to twelve or fourteen. The format is flexible, so whether everyone has finished the book or not, the discussions are informative.

Also with a connection to McCracken County, Jessica Lanier Sager’s Book Club meets via Facebook. The group is made up of women who attended the same high school. The give-and-take discussions sparked new connections between old acquaintances.

– It’s funny, Jessica observed. “We weren’t all close then, but we are now.”

In Christian County, book lovers gather to chat and raise their mugs at the Hopkinsville Brewing Company. Books at the Bar prefers fiction, with Colleen Coble’s September selection “One Little Lie”.

Geneva Parris lives in Trigg County, but travels to Calloway to meet a group that has lasted for over twenty-five years. She applauds their commitment to be open and inclusive in their reading choices. Over time, participation has fluctuated and ebbed, depending on changes in members’ lives, but the reading choices have always challenged and broadened her thinking.

Paul Fourshee of Cadiz reports that the Janice Mason Art Museum started an art book club last year. “Meets every quarter or so,” he said. The group isn’t picky about the genre as long as there is an artistic connection. Covid has affected their schedule, according to Fourshee. “We’ve been away for 18 months,” he said, “and we certainly miss that.”

As part of regional outreach efforts, the NPR branch in Murray, WKMS, is running a virtual book club. The session scheduled for October 13 will focus on “Susan, Linda, Nina & Cokie: The Extraordinary Story of NPR Founding Mothers” by Lisa Napoli.

In addition to being a source of inspiration, book groups are a way to make new friends and make new connections. Deborah Hayward, whose ties to western Kentucky are from her time working at Land Between The Lakes, wrote to say, “I joined two book clubs when we moved from DC to Indianapolis ago. is four years old. It was a way to meet new people and it made me take some time to read, ”she said.

Hayward is not alone. Although it is difficult to get precise statistics, the New York Times estimates that around five million people belong to book clubs. The popular site, Goodreads, has over 40 million members, and publishers are known to make decisions based on reviews and book club support.

After a Facebook post that sparked information about attending reading groups, I have to say that the most interesting gathering I’ve come across so far is in Fort Wayne, Indiana, in the ‘Purdue University. Jennifer Symonds Morrison says her sister started it. “We read charcoal,” Morrison admits without blushing.

The choices lean towards Harlequin-type romances. “Usually females have a backbone,” she adds.

The proliferation of book groups is covered in numerous articles, including a recent one in JStor, a publication that claims to be “where news meets scholarly correspondence.”