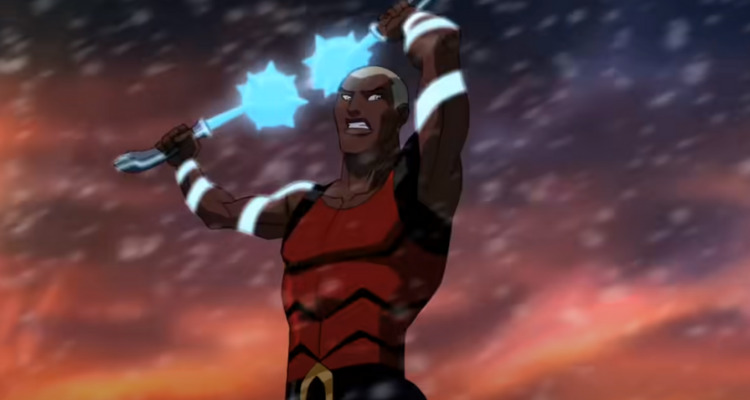 The world of Aquaman is about to expand into film and TV with the addition of live-action streaming series Aqualad and it has an unexpected executive producer.

Variety reports that an ongoing drama based on Jackson Hyde’s origin story is in development for HBO Max with Old Guard’s Charlize Theron serving as lead EP. No writing team has yet been announced, but the project is co-produced by AJ Dix, Beth Kono and Andrew Haas of Denver & Delilah Films.

It will be inspired by the graphic novel You Bring Me the Ocean by writer Alex Sanchez and artist Julie Maroh. In this story, Jackson is a gay teenager from New Mexico who comes to terms with his father’s death and his sexuality. Naturally, he also finds himself drawn to the sea despite his “landlockedness”.

Source: You Brought Me the Ocean (2020) by Alex Sanchez and artist Julie Maroh, DC Comics

The Jackson Hyde Aqualad was created by Brandon Vietti, Greg Weisman and Phil Bourassa, debuting in 2010 on the small screen and in the pages of DC Comics. Known in Atlantis as Kaldur’ahm, his first appearance was in the Young Justice animated series where he is voiced by Khary Payton. Then it premiered in Brightest Day issue #4.

Hyde was an impact player on Young Justice until the most recent fourth season, Ghosts. The action cartoon has not been renewed so far for a potential fifth season.

RELATED: A New Rumor Claims Aquaman and Wonder Woman Will Appear in The Flash

If development moves forward, the Aqualad series joins HBO Max’s DC slate currently made up of Titans, Stargirl, and Doom Patrol; and that will soon include Dead Boy Detectives, Green Lantern and The Batman spinoffs focusing on Arkham and The Penguin.

It’s unclear where Aqualad fits into the DCEU’s larger Aquaman franchise, but it’s likely irrelevant since James Wan and Jason Momoa aren’t involved – at this point, at least.

Momoa and Wan head back to the ocean to take another dip in Aquaman and the Lost Kingdom, out now in March 2023.