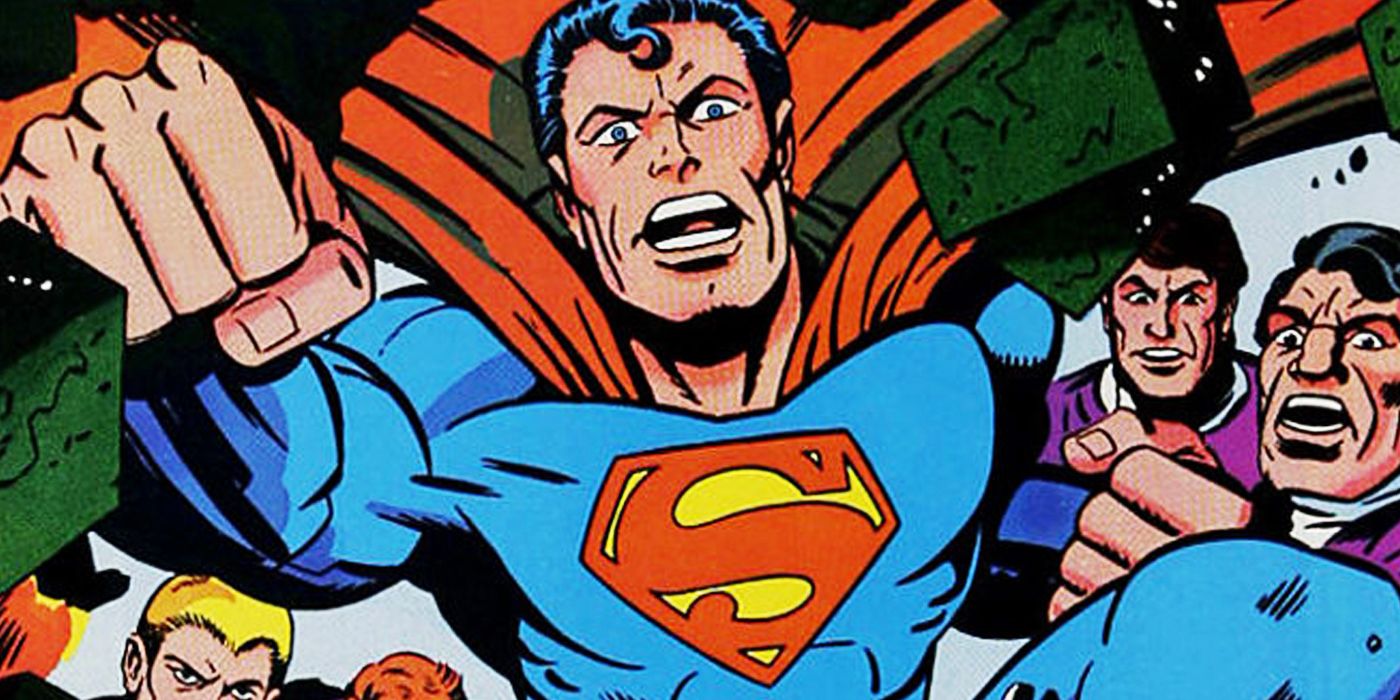 In the latest Comic Book Legends Revealed, find out how one of Jack Kirby’s last comic book stories was also inadvertently teamed up, of sorts, with another Kirby comic book superstar peer, Alex Toth!

Welcome to Comic Book Legends Revealed! This is the eight hundred and fifth episode where we take a look at three comic book legends and determine if they are right or wrong. As usual, there will be three posts, one for each of the three captions. Click here for the first part of this episode’s captions.

NOTE: if my twitter page reached 5,000 subscribers, I will be doing a bonus edition of Comic Book Legends Revealed that week. Good deal, right? So will follow my Twitter page, Brian_Cronin!

An untold story of Alex Toth has been incorporated into one of Jack Kirby’s last comics.

As I detailed in an older Comic Book Legends Revealed, when Jack Kirby left Marvel for DC in the 1970s it was less about DC giving him good news, especially since Kirby just didn’t want to. no longer work for Marvel, and so the characters Kirby created for DC at the time (like Darkseid, Orion, Mister Miracle, Demon, Kamandi) were all created under work-for-hire agreements, all like the characters Kirby created for Marvel, so Kirby did not receive any royalties from those characters.

However, later in the 1980s, C executives Jenette Kahn and Paul Levitz found a clever way to essentially give Kirby royalties for those older stories. First, they reprinted Kirby’s original New Gods stories in a prestige format and paid Kirby royalties for them. Plus, they hired him to do a brand new graphic novel New Gods, titled Hungry dogs. But here’s the smart one: They got Kirby to rethink his Fourth World characters for the DC Super Powers line of figures. This way Kirby would be paid out of the Kenner Toy Fund and as a result Kirby made a lot more money redesigning his own characters for toy purposes than he did creating them in the first place!

RELATED: Loki: Who REALLY Created the Keepers of Time

Kirby was very grateful to DC for giving him this kindness, and as a result, he then happily made two Super powers Linked miniseries for DC, which included the last time Kirby would draw his New Gods characters as well as all the main characters in the DC Universe. As things were going so well with DC, Kirby also agreed to do freelance work for DC here and there. These comics would be some of the last comics Kirby would ever draw, because while he continued to do design work and covers and stuff beyond the mid-1980s, Super powers comic book finished by the end of 1985, Kirby had pretty much finished drawing full comic book stories (in a future Comic Book Legends Revealed, I’ll probably touch on some of the fascinating ways he made a “new” comic strip again. drawn work in the early 90s before tragically dying in 1994 at the age of 77).

But before we move on to one of those indie gigs, let’s first take a look at another comic book series that DC was doing in the 1980s. Adventure comics was DC’s longest-running comic book series that was still in publication in the early 1980s (it began life in 1935 as New comics, literally the second comic that the company that eventually became DC ever released), but it just wasn’t selling well enough, despite trying all kinds of main characters and so it was ultimately canceled with Adventure comics # 490 at the end of 1981. However, Paul Levitz is a good comic book historian and he hated the idea of â€‹â€‹DC’s oldest comic being canceled. So he came up with the idea of â€‹â€‹turning it into a series of summaries, with a new story to kick off the problem, and then a bunch of reprinted stories, essentially the exact same format Archie Comics had created and had come up with. so much success.

Adventure comics # 491 began the era of the digest. In Adventure comics # 493, Bob Rozakis, George Tuska, and Andy Mushynsky reprized the series’ main feature film with a reworked, multi-part origin of Jack Kirby’s creation (in the 1950s, when he went to work for DC after the Joe Simon / Jack Kirby the team broke up), the Unknown Challengers …

Alex Toth took over the artistic duties two issues later and the story ended in Adventure comics #four hundred ninety seven. The plan was for Rozakis and Toth to continue with new Challengers of the Unknown stories, but instead DC decided to reprint everything from that point on, and the last six issues of the series sold out with fully reprinted stories (how sad is it that the 500th issue of a historic series is a fully reprinted issue? I made a nasty joke about the cover of Strange X-Men # 500 which I will not use here).

Well a few years later Rozakis wrote an issue of DC Comics presents drawn by Jack Kirby (and inked by Greg Theakston) who teamed up with Superman with … the Unknown Challengers!

RELATED: X-Men: How One Of The Starjammers Could Have Changed The Shi’ar Empire Forever

This then leads them to tell him the story of an adventure they just had, which was, of course, a reuse of the untold story of Rozakis / Toth intended for Adventure comics # 498 …

and then that led to the present, where it all ties into a Kryptonian villain who had been exiled to space by Jor-El before the Phantom Zone was established …

It was one hell of a thread and a lovely way to see one of Jack Kirby’s last comic book stories teaming up with Kirby and another of the greatest comic book artists of their generation, Alex Toth (by the way, I made an old comic book legend revealed about how Toth and Kirby worked on a X Men set that featured the Juggernaut and Kirby had to tone down Toth’s original design for the villain by about 300% …).

In the latest TV Legends Revealed – Find out which of the Masters of the Universe figures the creators of the He-Man cartoon refused to use in the TV series!

Check back soon for Part 3 of this episode’s Legends!

Wolverine: What Really Happened Behind Logan’s Most Controversial Coverage

CBR lead writer Brian Cronin has been writing professionally on comics for over a dozen years now at CBR (mostly with his â€œComics Should Be Goodâ€ column series, including Comic Book Legends. Revealed). He wrote two comic books for Penguin-Random House – Was Superman a spy? And other comic book legends revealed and Why is Batman wearing shark repellent? And other amazing comic book trivia! and a book, 100 things X-Men fans should know and do before they die, from Triumph Books. His writings have been featured on ESPN.com, the Los Angeles Times, About.com, the Huffington Post and Gizmodo. He features entertainment and sports legends on his website, Legends Revealed. Follow him on Twitter at @Brian_Cronin and feel free to send him any comic book story suggestions you’d like to see featured at [email protected]!