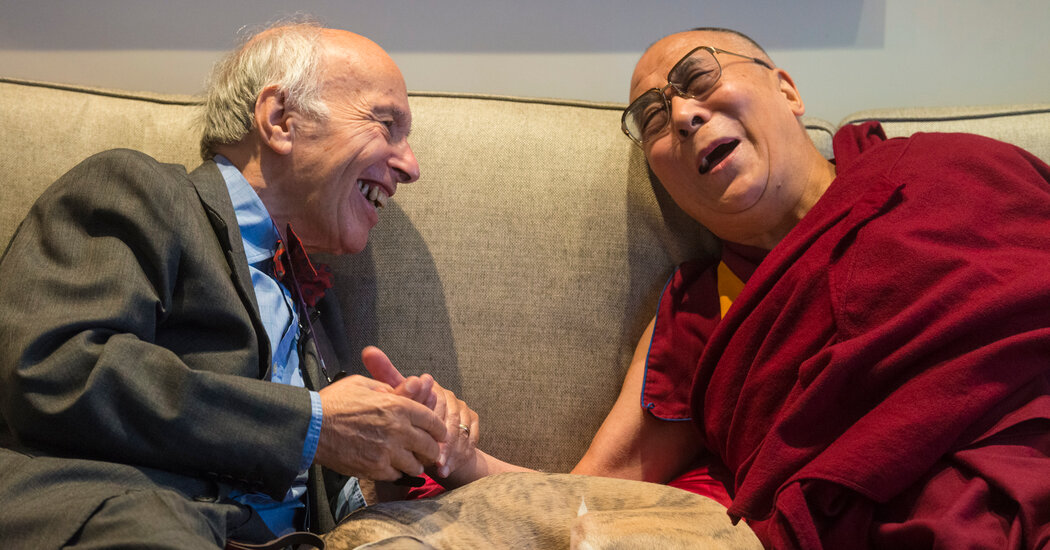 Dr. Mirsky managed to dictate his article over the phone. The next morning, he cycled back to Tiananmen, where he saw soldiers shooting at parents who tried to enter the square to look for children who had not returned home. He said he also saw soldiers shooting at medics and nurses who had come to the scene to help the wounded. (Many Chinese researchers still consider the number of people killed in the crackdown and where they died to be unresolved; estimates range from hundreds to thousands.)

“Tiananmen Square has become a place of horror,” wrote Dr Mirsky in his front page article on the day of the crackdown, “where tanks and troops fought with students and workers, where vehicles armored personnel carriers burned and blood lay in ponds on the rocks. “

Dr Mirsky was named International Journalist of the Year at the 1989 British Press Awards for his coverage of Tiananmen.

Jonathan Mirsky was born on November 14, 1932 in Manhattan to Alfred E. Mirsky, an eminent biochemist, and Reba Paeff Mirsky, musician and author of children’s books. He studied at Fieldston School in New York and received a BA in history from Columbia University. He studied Mandarin at Cambridge University and in 1958 moved with his wife, Betsy, to Taiwan, where he studied Chinese and Tang Dynasty history for four years.

Dr Mirsky’s first marriage ended in divorce, and in 1963 he married Rhona Pearson, a British neurobiologist. After obtaining a doctorate. in Chinese history from the University of Pennsylvania in 1966, he began teaching at Dartmouth College, where he was co-director of the East Asia Language and Area Studies Center.

As a teacher, Dr. Mirsky actively participated in the protest movement against the Vietnam War. He has visited Southeast Asia several times and has held lengthy talks with representatives of the North Vietnamese government. He participated in meetings and sit-ins, and was arrested in 1972, along with other faculty and students at Dartmouth, for blocking a bus carrying recruits.

Dr Mirsky was not established in Dartmouth. So, in 1975, he and his wife moved to London, where he eventually became a journalist. In addition to working as a China correspondent for The Observer, he has written over the decades for a variety of publications, including The Independent and Literary Review.