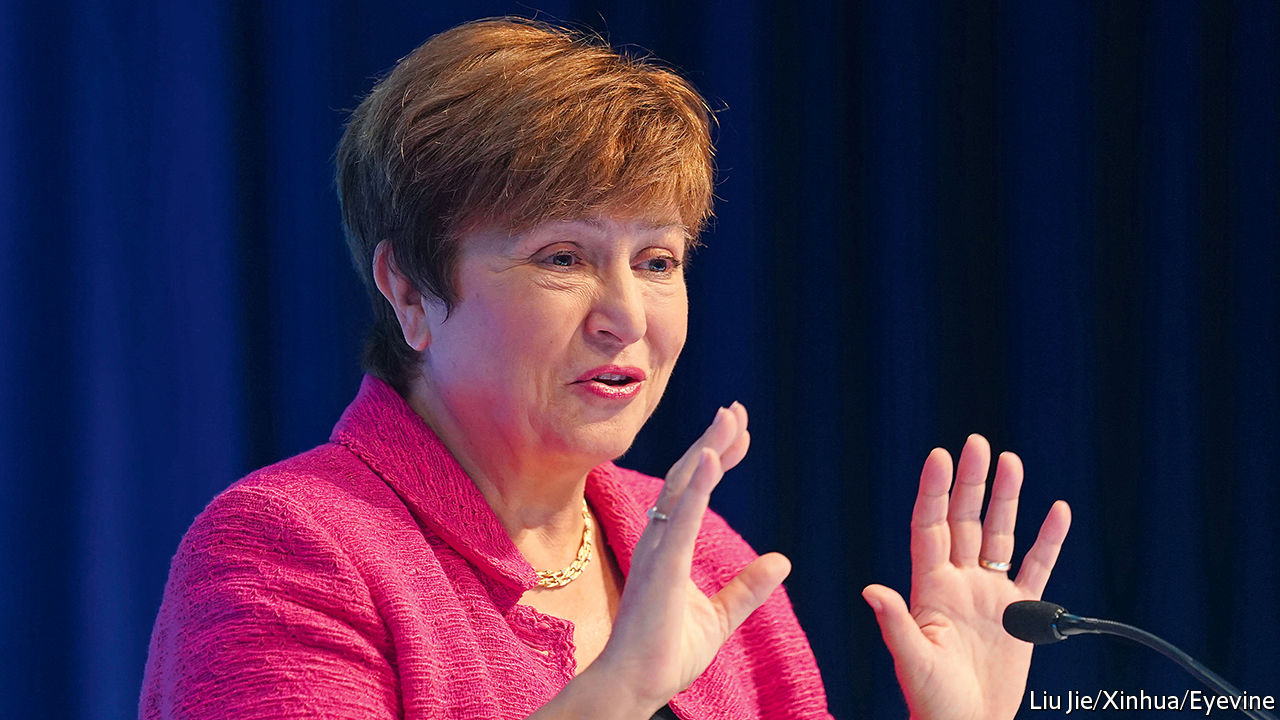 Enjoy more audio and podcasts on ios Where Android.

Letters are welcome by e-mail at [email protected]

Your leader as well as your previous article on the Doing Business report of the World Bank and China gives a false impression of Kristalina Georgieva’s role (“Why Georgieva Should Leave,” September 25; staff to modify a global index ”, digital editions, September 17). I was the senior manager overseeing the report in 2017. Her direction to me was clear: verify the numbers without compromising the integrity of Doing Business. I was convinced that China’s score was comparable to scores from previous years. Unlike your title, at no time did I feel any pressure from him. The Economist made a mistake.

The Free Trade section on the need for more housing took a binary approach to the problem by pitting public solutions against private solutions, with a strong bias towards the private sector (September 11). For example, he was referring to Singapore’s “public” housing. Land in Singapore was not nationalized, but acquired with fair compensation for public purposes. Yes, 80% of the population lives in this accommodation, but around 90% of adults also own their accommodation. The property is on a lease, usually for 99 years.

Most of the apartments were built by the Housing Development Council, offering grants to low-income people to buy their apartments. The more expensive apartments were built by private developers, but the lease model is the same and private development land is often owned by the state. Only 5% of the population own land or freehold properties, naturally the most expensive on the island. Despite this, some “public” apartments have changed hands for over S $ 1 million ($ 740,000) in resale markets. Some “public” housing projects have even won international awards for their architecture.

The chronicle’s focus, on urban cores teeming with office buildings, implied that real estate investments and tax revenues could be negatively affected if jobs and people relocate due to the pandemic. The city-suburb dichotomy was overcome years ago. The challenge is to make the most of the assets and unlock the potential of a city-region.

As Jane Jacobs observed in the 1960s and Sir Peter Hall years later, urban problems generate innovation. When problem-solving cycles are blocked, as they often are by centralized and top-down policies, cities are less able to take advantage of their agglomeration effects (density, specialization, mobility and migration) in increasing innovations. the productivity. The climate transition and the growing scale of urban disasters call for a new paradigm. The paradigm shift that everyone was talking about after the 2007-09 financial crisis remains a work in progress. Typically, paradigm shifts take a good 20 years to materialize; we are halfway there.

You argued that supply chains adapt and don’t fail (“Why Skippers Aren’t Scuttled,” September 18). This masks the extent of the problems in the global supply chain, and in particular the mistreatment of transport workers. Large companies with a network of local resources have been able to adapt, but two years after the onset of the current crisis and the pressure is now taking its toll. At best, it is blindly optimistic, and at worst thoughtless, to assume that fundamental market forces of supply and demand can remedy this.

Without workers, supply chains will shut down. But instead of protecting them, governments forced workers to stay on board ships for a year or more and were denied transit across borders. Unsurprisingly, we see a large number of them leaving the industry, making the problem worse. If transport workers are not given an urgent priority, the supply chain crisis we are seeing in many parts of the world will only get worse, and then we will all be devastated.

While expatriates may no longer be needed (Bartleby, September 18), treating all countries the same goes against much of what The Economist reports so effectively each week: the idiosyncrasies that make countries dissimilar, and how to navigate them successfully through a commercial, economic or cultural lens. I lived abroad for several years, having studied business and the local language at school. While some business can and should be conducted by transient employees, retaining an expatriate sends an ongoing and positive message of communication to headquarters as well as to the local office. Supporting these relationships, especially between Asian cultures, is sometimes more important than the business transactions themselves.

“Bulldozer history” (September 4) reported on Arab states destroying old treasures. You barely mentioned Saudi Arabia, yet it has a long history of systematic destruction of religious sites, most of which are important to the mainstream Islamic faith.

Most notable was the destruction of religious shrines at the al-Baqi cemetery in central Medina, which housed the graves of the daughter and grandsons of the Prophet Muhammad, as well as other family members. Its demolition in 1925 was ordered by the Al Saud regime on the basis of their radical Wahhabi beliefs that shrines and graves should not be visited.

Despite repeated challenges from the mainstream Islamic community and offers to rebuild them, the Al Saud stubbornly restrict access to the now flattened sites, as they see this as a challenge to their Wahhabi way of thinking. It is a shame that the Saudi government does not view these sites as economic opportunities in the same way it thinks to promote sport and culture, helping to avoid sectarian disparities in Islam. It is surely a responsibility for those who call themselves the guardians of Islam.

Your review of a book on the history of indexing suggests that search engines buy time to search for things (“The Keys to All Knowledge,” September 4). Have you ever fallen into Google’s rabbit hole? In search of information on the dragon teeth of the North Downs, I came out much later listening to the songs of the Jews of the mountains, via research on the invasion, gunpowder, the Nobel, Azerbaijan and Moreover. Time, joy and serendipity.

Your wonderful review reminded me of an index entry I once read in The Chemical Rubber Handbook:

This article appeared in the Letters section of the print edition under the title “On the World Bank, Housing, Supply Chains, Expats, Islamic Sites, Book Index”