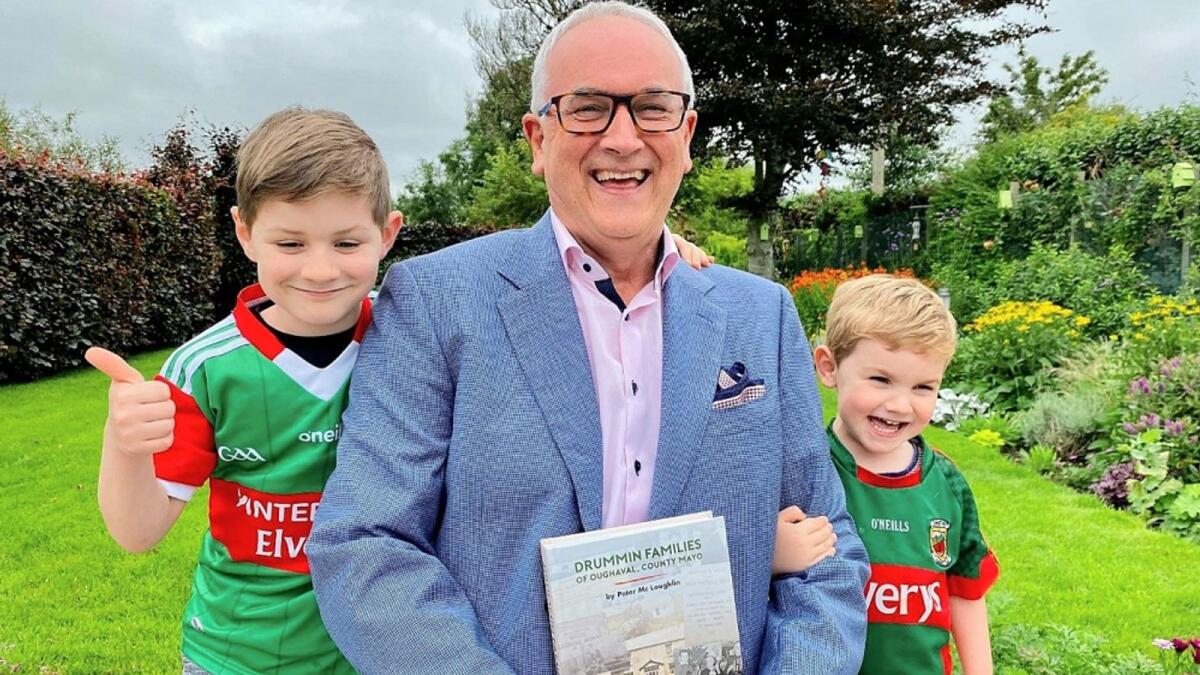 The work of author Peter Hennelly McLoughlin made for sale

“Drummin Families of Oughaval, Co. Mayo,” a true celebration of people and places written by genealogist and author Peter Hennelly McLoughlin, is on sale.

It is often said that we live on the dash between our date of birth and date of death, but this dash represents a rich tapestry of folklore and family, as Mayo-based genealogist Peter can attest.

The Westport native has delved into the past and, over the past five years, has painstakingly researched the place of origin of his late father, Tom McLoughlin, to create a chronicle of the Drummin area. If the past is black and white, then this book manages to color it – in all its vividness.

This is the author’s third book. After his 2014 debut ‘Partry People of Co. Mayo Family Histories 1856 and Beyond’, he turned his skills to the Ballina region where he now resides to research and write ‘The People of Rathkip / Shanaghy, Ballina – 1855 and Beyond ‘published in 2019. In its wake, this third and final publication has firmly established him as a leader in genealogy.

Describing the inspiration for the entire work, Peter said, “This book is truly a labor of love. My late father, Tom McLoughlin, was a proud native of Oughty, Drummin, and constantly quoted “All hearts shone with sheer delight in Drummin long ago.” “

“Dad wore the original Medal of Honor and, like Carson McCullers, believed” to know who you are you have to have a place to come from. “

“For me, the past creates the present and the future, a belief that my late father, Tom McLoughlin, instilled in me from an early age, and this book was so important for me to revisit our past and honor my father’s memory. “

Indeed, the book explores a painful personal past for the author, as he revisits the death of his paternal grandmother who was fatally struck by lightning in 1920, at only 45 years old, and is only one of hundreds of deeply personal images from the past.

Throughout its pages are countless links of global interest to Drummin, including the story of Mayo All-Ireland 1950 and 1951 medal holder Liam Hastings; the Carrowkennedy ambush; high level family trails, including the Rings and Hughes; the personal story of Rachael Rollins, an American lawyer and politician serving as district attorney for Suffolk County in Massachusetts, and the family imprint of scientist Luke O’Neill and much more.

The extensive collection of documents builds on Peter’s experience as a history teacher and features documents from Giffith’s assessment of the 1850s, the 1901 and 1911 censuses, to local media, to the archives of the church and state and even in the modern age – a journey research path has reflected.

As the author added: “To start a project like this means going back to the very beginning and collecting documents from the mid-1850s through the national archives, and so it’s really a puzzle effect.

“The final image started to take shape but was much easier to see with the ease and immediacy of social media – especially in the aftermath of the pandemic – Corresponding with people around the world via social media became a huge research tool and I can really see how modern technology has evolved even since “Partry People” was released on My Mother, Peggy Hennelly McLoughlin’s birthplace. “

With a gorgeous and eye-catching cover design by Jon Berry, a cousin of the author, the post is truly a family affair.

“I hope this book will inspire people with roots in Drummin to compile their individual family trees and thus record their ancestors for future generations.

Despite the lack of an official book launch celebration, the response has been overwhelmingly positive with the first copies flying off shelves in Westport and Castlebar. Priced at € 35, “Drummin Families of Oughaval, Co. Mayo” is now available for purchase at McLoughlin, Westport, and Castle Books, Castlebar.

Peter can also be contacted directly by email [email protected] or find him on Facebook at Pater Hennelly McLoughlin.