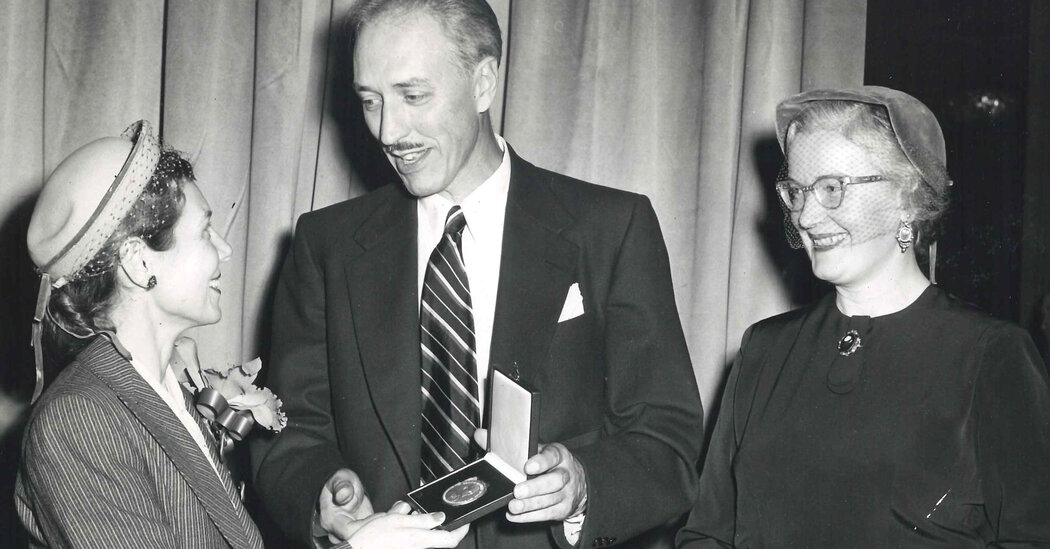 I was in second grade the first time a classmate accused me of killing Jesus. Puzzled, I said I didn’t kill anyone. My classmate thought about it, shrugged and said, “Maybe it was your parents.

This kind of anti-Semitism was not unusual at the time in Connecticut of the 1970s. Many well-known adult fiction were written by Jews and featured Jewish characters, but children’s books, ” Little Women ”to“ Anne of Green Gables ”and Betsy-Tacy’s books to the Bobbsey Twins, largely featured Christian children. .

Sydney Taylor, author of the extremely popular books All-of-a-Kind Family (published between the 1950s and 1970s), provided a notable exception. Although she was never recognized as a great American novelist, nor even as a particularly important novelist, she is now the subject of a thoughtful, timely and comprehensive biography, “From Sarah to Sydney”, in which the at the end of June Cummins, who was professor of English and comparative literature at San Diego State University, pays tribute to this important writer.

“Taylor was a transformational figure not only in American children’s literature, but also in American Jewish life,” Cummins writes. “When All-of-a-Kind Family debuted in 1951, it was seen as groundbreaking, the first book by a mainstream publisher to feature Jewish children and reach a large audience. Immediately acclaimed and successful, the book and its four sequels, published over the next 25 years, introduced Judaism to millions of Americans, bridging the literature that shifted Jewish characters and themes from the past. margins of children’s book publishing – and American culture at large – in the national arena, expanding public understanding and increasing acceptance of American Jews.

I first discovered the All-of-a-Kind Family books in my Hebrew school library and was enchanted by the stories of five sisters who grew up on the Lower East Side around the turn of the century.

The books are rich in detail about their specific time and place. The sisters buy pickles from street vendors; they slip a bag of broken crackers into their beds, to be enjoyed in the dark. Henny reports to student council, Sarah loses a book from the library, Ella has her first date. Their father’s flea market is a warm and exotic refuge; Mom is a serene, almost holy presence, infinitely patient and intelligent. When the girls are reluctant to dust, Mom hides buttons in the living room and challenges the girls to find them all while they clean. It is easy to imagine that many children, regardless of their religion, see themselves in the characters and the plots.

It is not until a third of the first book, and its loving description of a Shabbat celebration, that we discover that this lovely and identifiable family is different. They are Jews.

To be Jewish, in Taylor’s world, meant valuing the rituals of religion, as well as cleanliness, charity, hard work, and academic achievement. It also meant patriotism: girls observe July 4th in addition to holidays like Purim and Sukkot. The books showed a generation of young readers that Jews were not monstrous, or greedy, or loyal to another country, or fundamentally different from Christians. Jews, they are like us!

Taylor, born Sarah Brenner, grew up on the Lower East Side in a family of five sisters and undermined her own life for fiction – a life more complicated and shaded with grief than the sunny stories in her books.

Far from being thrilled by her large family, Cummins writes, Sarah’s mother Cilly Brenner was plunged into depression with each new pregnancy – and in a world without birth control, these were almost annual events. Cummins describes a failed abortion and suicide attempt, illness and death of a barely infancy son. Sarah, who renamed herself Sydney, was determined to chart a different course. She left high school after two years and joined the Young People’s Socialist League and Martha Graham’s dance troupe. She spent 40 summers teaching dance and drama at a Jewish summer camp, Camp Cejwin, in Port Jervis, NY. Along the way, she became a wife, a mother, and – eventually, after her husband entered his manuscript in a competition – a published author.

Cummins has its own book-worthy story. Suffering from amyotrophic lateral sclerosis (Lou Gehrig’s disease), she completed the book by typing using an eye communication device – and, her husband, Jonathan Lewis, writes in the acknowledgments, with help from Alexandra Dunietz, “a scholar and a friend” who went from “typist to research assistant then collaborator”. Cummins completed a draft of the book before his death in 2018, but did not live to see its publication.

Her portrayal of Sarah, now Sydney, a Jewish girl-turned-modern American, is complete and captivating, and I sometimes wished for a less dry, less academic voice to accompany the juicy subject. But it is, after all, a work of scholarship, with the serious aim of establishing Taylor as an author who reflected and shaped ideas of what it meant to be Jewish in America. By this metric, Cummins succeeds more than that.