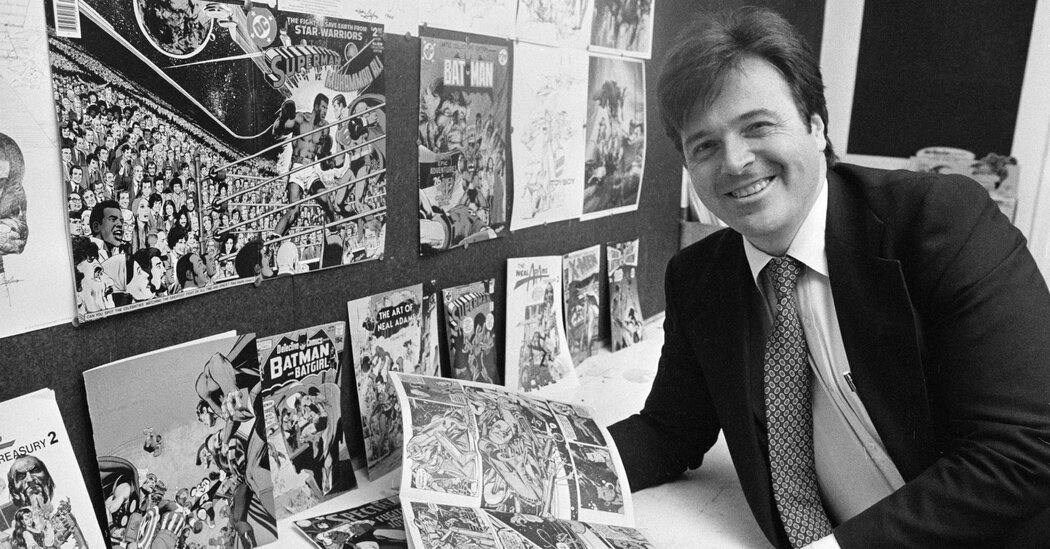 One of his proteges was Denys Cowan, who did a high school internship at Mr. Adams’ studio in 1977.

“I was a 16-year-old black kid from Queens,” Mr Cowan said in an interview. “He let me come to the studio every day and paid me.” Mr. Cowan became one of the founders of Milestone Comics, a groundbreaking brand that flourished in the 1990s with stories centered around black, Asian, Hispanic and gay superheroes.

In addition to his daughter Kristine, Mr. Adams is survived by his wife, Marilyn Adams; another daughter, Zeea Adams; his sons, Joel, Jason and Josh; five grandchildren; and a great-grandson. He lived in Manhattan.

Mr. Adams’ fight for what was right continued for decades. In 2008, he teamed up with comics veterans Stan Lee and Joe Kubert, and with Rafael Medoff, director of the David S. Wyman Institute for Holocaust Studies in Washington, to bring attention to the plight of the artist. Dina Gottliebova Babbitt. They told his story in comic book form:

Ms Babbitt survived imprisonment in the Auschwitz concentration camp during World War II by painting watercolor portraits for Josef Mengele, the infamous Nazi doctor known as the Angel of Death. She later wanted her works back, but the Auschwitz-Birkenau Memorial and Museum in Poland continued to refuse to return them, citing the historical and educational value of the work. (Ms. Babbitt died in 2009.)

Mr. Adams and Mr. Medoff also produced animated shorts, released in 2013, about Americans speaking out against the Holocaust. In 2018, along with Craig Yoe, Mr. Adams published the book “We Spoke Out: Comic Books and the Holocaust,” a look at how comic books depicted the Nazi genocide.

“He told me on several occasions that he thought the Dina Babbitt campaign and our book, ‘We Spoke Out’, were the most meaningful projects of his career,” Mr Medoff said, “which said long.”