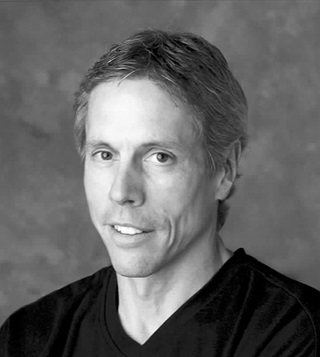 Jenkins was born on March 31, 1952 in Hickory, North Carolina, to Alvin, a professor of physics, and Margaret, a bank worker and housewife. In an interview with Something about the authorJenkins recalled a childhood as a military kid, moving frequently while his father served in the military and studied science at various universities. But no matter where they lived, Jenkins said, “I have maintained a small menagerie of lizards, turtles, spiders and other animals and collected rocks and fossils. I also spent a lot of time with books. Jenkins was fascinated by science and loved to draw and paint what he saw in nature. He said he had come to these two passions through his father, who was a “frustrated artist”. The elder and younger Jenkins would perform science experiments together and collaborate on projects such as animal albums and drawings of lizards and insects they had captured on their adventures outside.

Although Jenkins initially planned to follow in his father’s footsteps and become a scientist, on his way to North Carolina State University, he decided “on a whim” to major in graphic design, as art students on campus seemed to be having more fun. It was at NC State’s School of Design that Jenkins met his wife, fellow artist and designer Robin Page. Armed with a BA and MA from the School of Design, Jenkins moved with Page to New York where the two landed jobs in commercial design. Jenkins first worked in advertising, then held positions in a few design firms. In 1982, the couple formed their own graphic design company, Jenkins & Page, headquartered first in New York City and then in Boulder, Colorado, where they moved in 1994. Under their own shingle, when Jenkins and Page started working on a design project for publisher Stewart, Tabori & Chang, “I suggested the publisher illustrate the books we were designing as well, and she agreed,” Jenkins said in an interview. with Youth literature site. The resulting book series by Janet Horowitz and Kathy Faggella, including My father and My city, published by STC in 1991, is how Jenkins was remembered in his Boston Globe-Horn Book Award for Top of the World: Climbing Everest (Houghton Mifflin, 1999) – “I really stumbled upon creating children’s books. “

The first book Jenkins wrote and illustrated was Duck Breath and Mouse Pie: A Collection of Animal Superstitions (Ticknor & Fields, 1994). He continued to perfect his cut and torn paper collage work and received praise for his inventive use of color, texture, scale and perspective in his images, as well as his talent for distilling scientific facts and concepts in language accessible to young people. readers. Page was a frequent contributor. Their first joint project dates from 2001 Animals in flight, an overview of the different types of animal wings and the flight mechanisms of creatures. Their book What do you do with a tail like this? received a 2004 Caldecott Honor.

Besides his long creative partnership with his wife, other family ties also run through Jenkins’ work. Some of his ideas for books, including The bigger, the stronger, the faster, was born from questions asked by one of her three children and those of Page. And Jenkins also created a children’s book with his father, Next stop, Neptune, which takes readers on a tour of the planets and highlights some of their unique features or characteristics. In addition to collaborations close to home, Jenkins has also illustrated a number of books by other authors, including Deborah Lee Rose (A nocturnal sea, Scholastic, 2003), Valerie Worth (Pug and Other Animal Poems, FSG, 2013) and April Pulley Sayre (Squirrels jump, squirrels sleep, Holt, 2016).

In all, Jenkins has created over 80 books for young readers. While this is a profession he came across by accident, it turned out to be a perfect fit. “For me, making children’s books represents the happy intersection of children, science, art, my design partnership with Robin and my lifelong love of reading,” he said. in one SATA interview. Several new books are due out on Jenkins and Page this year, including two additions to Jenkins’ By the Numbers series featuring infographics and two picture books, Animal Toolbox and The book of birds.

Margaret Raymo, editor-in-chief of Little, Brown Books for Young Readers, was Jenkins’ longtime editor during her tenure at HMH. Last month, it announced the acquisition by LBYR of Why do elephants have big ears? and a second non-fiction picture book from Jenkins and Page, scheduled for 2023. Raymo shared this memory of his author and friend: “It’s hard to imagine not being able to pick up the phone and call Steve to talk about his latest project. Over the past 25 years we have worked on over 50 books together. His curiosity and passion for science and the natural world were limitless. He always had new ideas creeping in – the hard part was deciding which one to work on next. Whether it was evolution, computer graphics, beetles, dinosaurs, dogs, sharks, Mount Everest or the solar system, he wanted to get kids interested in science. He has co-created several of his books with his wife Robin Page, their collaborations as creative and harmonious as their long-standing marriage. His myriad of books is an incredible legacy of a truly exceptional human being.

At Simon & Schuster, where Jenkins has published a number of titles, Andrea Welch, editor-in-chief of Beach Lane Books, paid this tribute: almost alive. He had a thoughtful and unusually gentle manner – always with a touch of humor – that made him a real pleasure to work with. He was so wonderfully gentle, in fact, that his art directors and I noticed that we always felt a lot calmer after talking with him. Steve will be sorely missed, but it is heartwarming to know that his fascinating and beautiful books will continue to captivate children for many years to come.