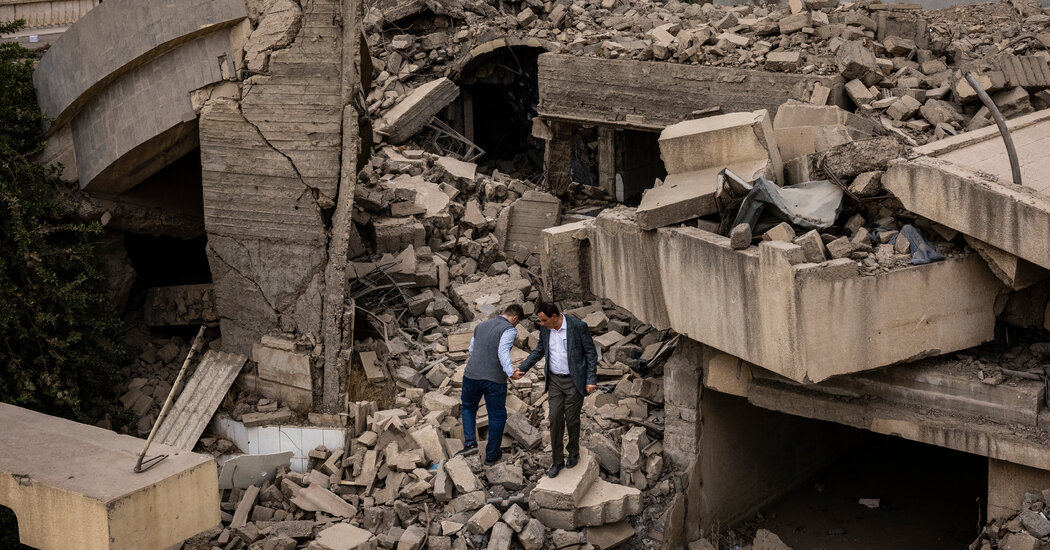 The Pulitzer Prizes were awarded Monday to a range of news organizations for investigations that exposed the tragic toll of the United States’ air war in the Middle East, exposed the dangers of a Tampa lead smelter and reconstructed the full picture of the January War. 6 United States Capitol riot.

The New York Times has won the most Pulitzer Prizes this year of any media outlet, including international reporting, national reporting and criticism. Times reporter Andrea Elliott also won the non-fiction book award.

The Washington Post won the public service category, considered the most prestigious of the awards, for its news and corporate coverage of the Capitol attack, including “The Attack,” a sprawling chronological examination of what that led to the siege and what happened during the riot and its aftermath. The Pulitzer Prizes are awarded annually by Columbia University for excellence in journalism, books, music, and drama.

The Times staff won the prize in the international category for a high-profile look at the failures of the US air war in the Middle East, including its tragic civilian record. The Times drew on a wealth of Pentagon documents to show how military intelligence breakdowns contrasted with the picture of war the United States presented.

A Times staff investigation into deadly clashes with police has been recognized for national reporting. Journalists combed through court documents, prosecutor statements and audio and video recordings to find out why many police checks escalate into deadly encounters and how police are sometimes covered up after deaths in police custody.

Salamishah Tillet, a contributing review-at-large for The Times, won the critical category for her writing on race in popular culture that examined black experiences, including how art inspired by the murder of George Floyd resonated with her.

Another Times reporter, Andrea Elliott, won the Pulitzer Prize in the general non-fiction category for her book “Invisible Child: Poverty, Survival and Hope in an American City”, published by Random House and part of a series of 2013 which she performed at The Times.

During the tenure of Dean Baquet, the editor, The Times received 22 Pulitzer Prizes, the most of any top editor in decades. Mr. Baquet will leave his post in June and will be replaced by Joseph Kahn, the newspaper’s editor.

Miami Herald staff won for breaking news for their coverage of the partial collapse of the Champlain Towers South condo tower in the town of Surfside, which killed nearly 100 people.

Tampa Bay Times’ Corey G. Johnson, Rebecca Woolington and Eli Murray received the investigative reporting award for “Poisoned,” in which they exposed the dangers of a lead smelter in Tampa, Florida, and the serious consequences it had on workers.

Madison Hopkins of the Better Government Association, a Chicago journalism nonprofit, and Cecilia Reyes of the Chicago Tribune won the local reporting award after their year-long reporting project revealed that Chicago officials had were warned of safety issues in buildings where tenants had been killed by fires.

The staff of Quanta Magazine, a science and math publication, including journalist Natalie Wolchover, received the Explaining Reporting Award for their coverage of NASA’s James Webb Space Telescope.

The Atlantic’s Jennifer Senior won the feature writing award for her piece about a family dealing with loss in the 20 years since the 9/11 terrorist attacks.

In the editorial writing category, Lisa Falkenberg, Michael Lindenberger, Joe Holley and Luis Carrasco of the Houston Chronicle won for “The Big Lie,” a series on voter suppression that examined allegations of voter fraud.

Investigative reporting: Corey G. Johnson, Rebecca Woolington and Eli Murray of the Tampa Bay Times. A multi-part investigation into toxic hazards inside Florida’s only battery recycling plant was a “compelling expose”, the committee said, and led to safety measures to protect workers and residents.

The complete list. Check out all the 2022 Pulitzer Prize winners and finalists here.

The news photography award was given jointly to Marcus Yam of the Los Angeles Times, for his work in Afghanistan, and Getty Images staff for their images of the January 6 insurgency. The Feature Film Photography Award went to Reuters’ Adnan Abidi, Sanna Irshad Mattoo, Amit Dave and Danish Siddiqui for their coverage of the pandemic toll in India.

The Audio Reporting award, a category that was introduced in 2020, went to the teams at Futuro Media and PRX for their “Suave” podcast, which follows the life of a man after he is released from prison after more than 30 years. .

Pulitzer’s board also announced a special citation for Ukrainian journalists for their reporting during the Russian invasion and President Vladimir V. Putin’s attempts to mislead the public about his realities.

John Daniszewski, speaking on behalf of himself and his co-chairs, Katherine Boo and Gail Collins, said in a live stream that “these are difficult and dangerous days for journalists around the world.” They cited the 12 people who died in the war against Ukraine and the eight who were killed in Mexico this year.

The co-chairs said the threat to independent journalism meant it was “essential that journalists at all levels continue to do the difficult and sometimes courageous work of bringing true and revealing stories to the public”.

The fiction prize was awarded to “The Netanyahu”, by Joshua Cohen, which reimagines a visit to a university campus by the father of Benjamin Netanyahu, the former Prime Minister of Israel.

The history prize was awarded jointly to two books. “Covered With Night”, by Nicole Eustace, looks at the murder of a Native American by two white fur traders in 1772 and its impact on the definition of justice. “Cuba: An American History”, by Ada Ferrer, tells the evolution of the country and its relations with the United States.

The biography prize went to “Chasing Me to My Grave: An Artist’s Memoir of the Jim Crow South,” by Winfred Rembert, as told to Erin I. Kelly. Mr. Rembert, the late black artist, recalls his life in rural Georgia and surviving an attempted lynching to turn to art in his 50s.

“Frank: Sonnets” by Diane Seuss, a collection of more than 100 sonnets, won the poetry category. “Fat Ham,” by James Ijames, which sets the Shakespearean classic “Hamlet” at a Southern barbecue, received the drama award. “Voiceless Mass”, a composition by Raven Chacon for organ and ensemble, won the prize in the music category.

“I love that people who write for a living saw something I wrote and saw something beautiful in it,” Mr. Ijames said after learning he had won a Pulitzer. .