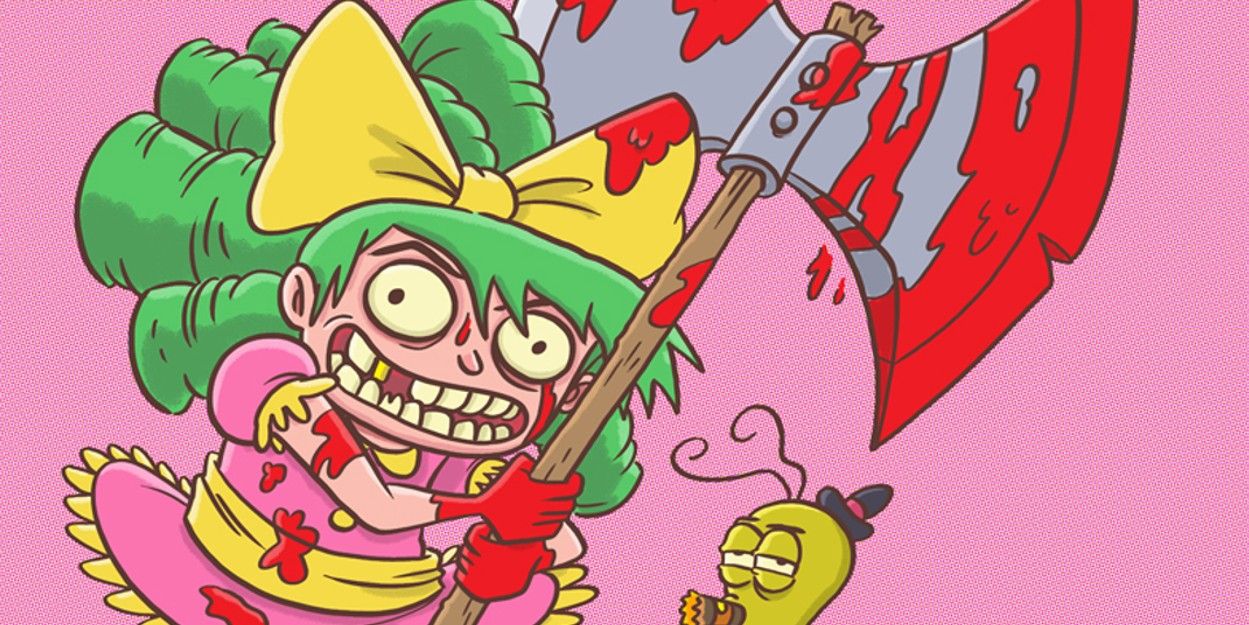 Writer / artist Skottie Young has made a career of reinventing familiar concepts and characters. His work for Marvel has included unique and critically acclaimed shots of iconic characters like Spider-Man, Deadpool, and the inhabitants of the L. Frank Baum classic. ounce novels. His most recent mission for the House of Ideas is to write the Strange academy series, a superheroic version of the wizarding academy trope. His work owned by his creator includes new versions of familiar fantasy stories like Image Comics West half and I hate the land of the fairies.

CBR spoke with Young about his plans for Stupid Fresh Mess and I hate fairylandupcoming takeover at Image Comics. This interview also includes an overview of the artwork of The amazing, Unfortunately, mostly unreadable and almost unpublishable Untold Tales of I Hate Fairyland created by artists in the following order: Dean Rankine, Rachele Aragno, Aaron Conley, Greg Baldwin, Scott Brown and Joverine.

CBR: Let’s start by talking about Stupid Fresh Mess which will become a content creation and comics platform hosted by Substack. What are some of the facets of this arrangement that you have found appealing as a creator of original comic book content?

Skottie Young: My wife and I had run my online store for years at our home where we sold original artwork, signed comics, graphic novels, and prints. As my schedule started to pile up and the kids started to pile up, [laughs] and my wife’s photography business was taking off, we decided to shut it down for a bit while we focused on it all.

In 2019, I enlisted our friend Megan Hodges to help relaunch the online store with my new business, Stupid Fresh Mess. To help spread the word about this, we’ve launched a newsletter. Over the last year and a half we’ve built a really strong community with this and have wondered what other things we could do with this direct connection with readers, art collectors, and great people. Then comes Substack. It’s a hybrid between a newsletter and a blog with the ability to offer premium subscriptions for special content. We already ran a regular newsletter, so when they offered a grant to help produce brand new content delivered straight to subscriber inboxes, it made sense.

Anyone who has done independent comics knows that it is not an easy or cheap task. It took away some financial risk and allowed me to start writing and drawing my own comic. It also allowed me to contact some really talented creators and get them to have fun making comics.

RELATED: The Me You Love In The Dark # 1 Effectively Captures Artist’s Block In A Haunting Tale

What can you tell us about how long the comics will be delivered via Stupid Fresh Mess? Will they be in a traditional full number type format? Or something new?

The first comics I will post for premium subscribers will be short stories for The incredible, unfortunately mostly unreadable and almost unpublishable of the untold tales of I Hate Fairyland. These will be around 10 pages long and feature amazing creators like Aaron Conley, Scott Brown, Greg Baldwin, Rachele Aragno, Dean Rankine and a few more of my friends in the industry! And as soon as I get ahead with the project I’m writing and drawing, I’ll start serializing it as well.

How often do you envision comic book deliveries?

My plan right now is one story per month on top of all the other bonus content I will be providing to premium subscribers.

Subscribers will not only have access to your new creator-owned work. They will also be able to read the previous titles. How will it work?

I offer PDFs of old, long out of print art books, and will be doing full audio designer reviews for many of my old comics from Image to Marvel! I learned so much about storytelling listening to years of DVD directory reviews and wanted to gift a version to my subscribers as well!

Let’s talk a little more about your return to the world of I hate the land of the fairies. What made you want to come back to the show? What do you want people – who haven’t yet discovered the book – to know about it?

I run the Untold Tales of I Hate Fairyland short stories on the Substack as a way to refresh everyone in this wacky world they’ve fallen in love with and introduce Gert and the Gang to any readers who may not have found out yet. Then later this year I will be relaunching I hare fairyland as an ongoing series at Image Comics with artist Brett Parson (Tank girl, The Goon)

I hate the land of the fairies was first published in 2015. I wrote and drawn 20 issues. I liked this book so much, but I had a few other ideas that I wanted to explore and it’s hard to do when you’re doing a creator-owned book almost entirely on your own. So I decided to take a break from interior design for a minute. I had been drawing monthly comics for almost 20 years at the time and needed a vacation. [laughs]. I missed those characters, but I also knew I was too busy to dive back into it on my own. I have more stories that I want to draw outside of IHF So I needed to team up with some of those badass artists that I love in the world. Fortunately, they all missed the book and were happy to jump on the magic carpet!

Does the mess Stupid Fresh Fairyland will the comics only be available in digital form? Or are there plans to also publish individual issues and paper exchanges?

Untold Stories from the IHF will also be collected in print editions.

I’m not sure if we’ll be launching a series or going straight to the graphic novel format with this, but it will absolutely be available in print when it’s ready! I discovered that digital and print audiences are either different or like me … They will have digital and the footprint. I will always be a book on a shelf. I love that my kids have years of graphic novels to capture and explore. I also like having a digital library for traveling. I’m a two worlds better than a kind of nerd and I love it!

Finally, are there any other new comic book projects going on at Stupid Fresh Mess that you can suggest, tease, or talk about?

Not quite yet. I like to wait until I get a lot done before I start spreading the word. But I am developing a new project for which I will return to the drawing board. Everyone should pass skottieyoung.com and check out all the goodies we have for you there. Original art, prints, signed comics and graphic novels with bookplate, and exclusive covers from skottieyoung.com to various comics!

When Dave Richards was a young boy, his mother bought him several comics to encourage a love of reading. She was successful in her business, but she also created a longtime fan of the comics. In the early 2000s, he began writing comics for CBR shortly after graduating from the University of Michigan’s Dearbon campus journalism degree, and in 2005 he picked up the pace of the Marvel site. Comics and continues to write about their books to this day. He also writes frequently on horror and board games. Follow him on Twitter @Dave_Richards and check out all of his recent writings here https://linktr.ee/DaveRichards