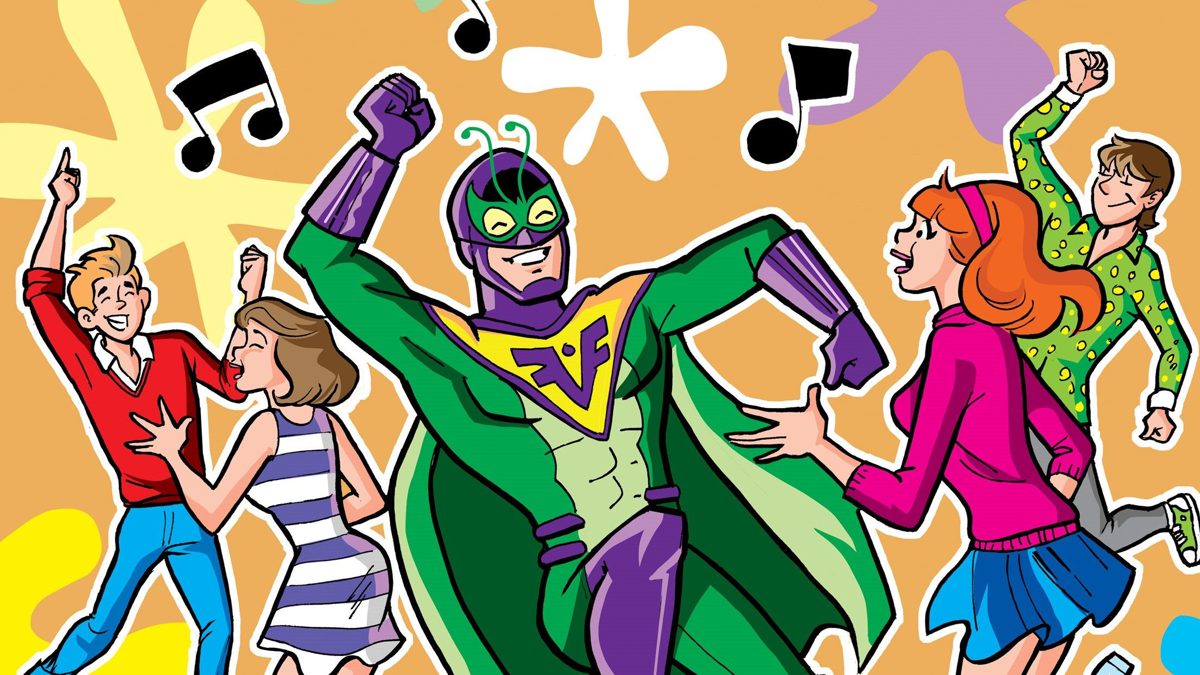 The Wrong Earth has always been a great choice for comic book fans who enjoy big, wacky superhero crossovers. Now the series returns for its most extravagant multiverse game to date, and a number of guest star creators are joining the ride.

Previous volumes of The Wrong Earth have focused on the Batman-esque hero Dragonfly, a hero who exists on Earth-Alpha as a campy superhero, Batman ’66 -style, and on Earth-Omega as the inspired dark vigilante. from Dark Knight Returns. This time around, the series is expanding its reach to explore other words in this bizarre multiverse.

This new series consists of five stand-alone specials, each set on a different Earth in this multiverse. The first is The Wrong Earth: Trapped on Teen Planet # 1, which pokes fun at Archie and the entire crew of Riverdale. Fittingly, Archie Comics mainstay Dan Parent even draws one of the covers. If you thought Archie vs. Predator from 2014 was weird, this parody might well surpass him.

Here’s a breakdown of Wrong Earth’s other four specials, including the creators involved:

THE BAD EARTH: FAME & FORTUNE # 1 by writer Mark Russell, artist Michael Montenat, colorist Andy Troy and letterer Rob Steen. On sale in April, this comic book from the screenwriter of Billionaire Island offers a satirical look at two different versions of Richard Fame and how, despite the best and the worst of intentions, huge amounts of money determine their own results.

THE BAD EARTH: PURPLE # 1 from writer Stuart Moore, artist Fred Harper and letter from Rob Steen. On sale in May, this one-shot features Earth-Kappa, a dark but shiny world of big hair, shoulder pads, Wall Street traders, rubber supersuits, and funk music. Get the funk up!

THE BAD EARTH: TRUSTED MEN # 1 by writer Mark Waid, artist Leonard Kirk and letterer Rob Steen. On sale in June, it’s the story of two acolytes! On Campy Earth-Alpha, circumstances force Stinger to become Dragonflyman’s mentor! On Earth-Omega, Dragonfly and Stinger wage war against each other!

BAD EARTH: MEAT # 1 by writer Tom Peyer, artist Greg Scott and scholar Rob Steen, on sale July. On Campy Earth-Alpha, Dragonflyman and Stinger follow clues to thwart Dr. Meat’s beef-themed crimes. On Grave Earth Omega, a tragedy forces Dragonfly to imprison a criminal in an abandoned slaughterhouse, just to have someone to talk to.

“THE WRONG EARTH, by killer team of creators TOM PEYER and JAMAL IGLE, is my favorite new comic book concept: the wrong hero in the wrong place at the wrong time,” Simone told IGN. “So it’s just plain fun to take the dark, gritty DRAGONFLY and send it to one of the most innocent little towns in comics … a place that may seem oddly familiar, a place the dog plays.” drums and where no one gets fucked, Never. Never never. Like, abstinence for DECADES. You should read it because we had a blast. A very chaste explosion! “

“THE WRONG EARTH: PURPLE is a tribute to all things’ 80s, including big hair, shoulder pads, Wall Street traders, and ESPECIALLY: rubber superpeople costumes,” says Moore. “So put on some funk music, grab a copy of ‘Sly Magazine’ and get ready for finance mogul Richard Fame aka THE DRAGON-FLY to take on the biggest challenge of his double life. With spectacular illustrations and colors by Fred Harper. “

Russell adds, “Tom and Jamal created what I think is one of the most interesting comic book locals I’ve ever come across, so I really wanted to write a story about them dealing with a social issue (in this case building a stadium) which is problematic no matter what universe you live in. ”

The Wrong Earth: Trapped on Teen Planet # 1 hits stores on March 2, 2022. If you want to test the franchise for yourself ahead of time, IGN has a preview of the first full issue of The Wrong Earth: Night & Day. :

In other news, we just revealed our nominees for Best Comic Book Series or Original Graphic Novel of 2021.

Jesse is a mild-mannered writer for IGN. Allow him to lend a machete to your intellectual thicket by follow @jschedeen on Twitter.