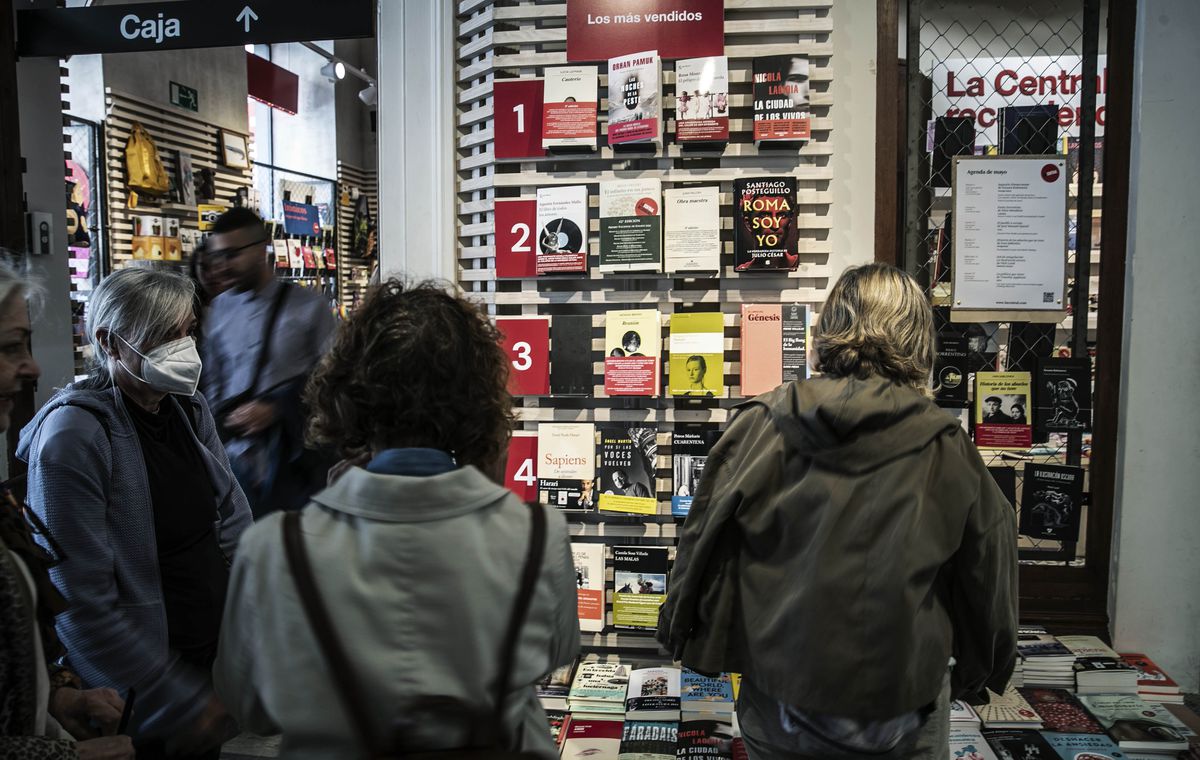 There are second-hand bookstores that sell books by weight; it is a curious, unquestionably scientific way of evaluating volumes. What is not so common is to rate books, not by their weight, but by their length. This could be considered by measuring their spine (e.g. 1 millimeter = 50 cents) or, even simpler, by counting the number of pages. After all, one of the most characteristic physical variables of a copy, in addition to its volume or its weight, is its thickness: if it has few pages, it is a small book, whereas if there are thousands of them, it looks like a heap.

A report prepared by Wordsrated, an American non-profit organization dedicated to uncovering relevant data about the world of books and publishing, has collected data suggesting that length matters. What they discovered is the incredible case of the shrinking bestseller. Over the past decade (from 2011 to 2021), the average length of the best-selling books in the United States, according to New York Times lists and including fiction and non-fiction categories, has fallen by 51.5 pages. on average (from 437.5 to 386), which represents a drop of 11.8%. The likelihood of a book over 400 pages entering the bestseller list has dropped by 29.5% over these years: hard times for the thick tome. By contrast, to give an idea of ​​the transience that dominates the publishing market, the books that made it to the bestseller list in 2021 spent half the time there as those chosen by the public 10 years earlier.

“Globally, reading is in decline,” says Dimitrije Curcic, research director for Wordsrated. “Our main hypothesis was that the attention span of readers (and people in general) is shorter today.” The cause of this scattered and diminished attention is the barrage of stimuli that we receive in the current technological environment, mainly through social networks, applications, emails and audiovisual platforms, multiple channels that compete for our attention. . Some have called it “infotoxication”.

“It’s not that people’s attention is diminishing, it’s that they’re stealing it from us,” Curcic says. “Because of this, I think average readers are less likely to commit to a longer book; rather, they choose something they consider more interesting and realistic to achieve. Audiobook sales were excluded from the research precisely for this reason; listening to a text being read is compatible with other activities and does not monopolize attention. In e-books, the perception of length may be different; this is not appreciated a priori, a book in EPUB format is a digital ideal in weightlessness.

In Spain, there are no studies that correlate the length of books with their sales. “My perception is that the best-selling books are quite long,” says Álvaro Manso, spokesman for the Spanish Confederation of Booksellers’ Guilds and Associations (Cegal). Indeed, many of the best-selling books of 2021 are notoriously thick: La Bestia (Planeta) by Carmen Mola, 544 pages; Sira (Planeta), by María Dueñas, 648 pages; Los Vencejos (Tusquets), by Fernando Aramburu, 704 pages. They are well above the average calculated in the aforementioned study (386 pages), although there is no data on trends in the Spanish market.

Buying a thick book, from the point of view of homo economicus, is cheaper, as is buying a five-litre bottle of olive oil: it provides more entertainment time for the same price. Giving away a book in a physical copy, with one volume, hardcover, and many pages usually goes best (unless one intends to be seen as a truly special person). Moreover, the length is not the only parameter that influences the purchase and reading of a book. Another thing to consider is advertising, and many of these long titles are usually editorial investments backed by large advertising campaigns, as in the case of the Planeta Awards. “I have the intuition that, in addition, people are now more inclined to stop reading books when they are not interested. There is no longer any moral obligation to finish the books we have started,” explains the bookseller. We also live in fluid times in this aspect, and people are jumping from book to book as they jump between partners on the dating scene.

“What I also see is that there are certain readers, like those of bestsellers, who are more plot-focused and tend to prefer longer books,” Manso explains. “Those who read more literary books don’t need a lot of length; the job of these writers is often to tweak the text as much as possible, which produces shorter books”. There are readers who prefer a very long story, a vast world in which to immerse themselves and get to know the characters, not leaving them for months (like in a TV series). Others prefer shorter volumes that allow them to access more stories, more authors, to be more agile in their exploration of the literary landscape. It was once said that short stories don’t sell very well because readers are too mentally lazy to immerse themselves in ten different worlds in one book, one per story.

“The novel has an incredible advantage over other storytelling formats, and that’s its incredible plasticity,” says best-selling author Juan Gómez Jurado. “A day can last three words or three chapters. Years can pass in a sentence, or we can spend 5,000 words counting seconds when a bomb explodes, as I did in Reina Roja (Ediciones B). The only thing that really matters is that the choice serves the story in the best possible way. The author has thus traveled between different lengths, from 664 pages with La Leyenda Del Ladrón (Planeta) to 320 pages with El Espía de Diós (Roca). By the way, in April a very small but very important article was dedicated to another of the best-selling authors who sold the most books in Spain: the postal service issued a stamp to Carlos Ruiz Zafón, who died in 2019.

The longest book in the world

It’s hard to say which is the shortest book in the world, the one that requires the least amount of time and attention. The shortest story is considered Le Dinosaure (“When he woke up, the dinosaur was still there”) by Augusto Monterroso, but by itself this does not constitute a book. Concerning the longest book, a certain consensus emerged to point out In Search of Lost Time, by Marcel Proust, which, although published in seven volumes, can be considered as a single work of 9,609,000 characters ( spaces included). For this reason, it was awarded the Guinness World Records Prize for the longest novel: this year marks the centenary of its last period and the death of its author.

At the other extreme, in addition to thick books, many publishers opt for collections of refined little books: Acantilado, Siruela, Destino… For example, the new notebooks published by Anagrama revive the idea of ​​publishing small books furiously topicality that the publisher Jorge Herralde had at the time of the Transition. “Just as in this time of political turmoil, we are now living in a time of crisis,” says Isabel Obiols, Head of the Collection. “Our mission should be the same: to provide material for social debate.” Publishing short books allows the publisher to be more up-to-date, almost journalistic, and to reach readers concerned about contemporary problems, of which there are many: “We can be agile and improvise the programming a little, like a guerrilla”, points out Obiols, “even if, at the same time, we want them to be books that do not go out of fashion immediately”.

At a time when attention is atomized, these short and small artefacts are an alternative which, moreover, allows us to boast of having read many books taking the minimum amount of time in our lives, now devoted mainly to social media update, preferably with photos of healthy breakfasts and sunny mornings on the beach.