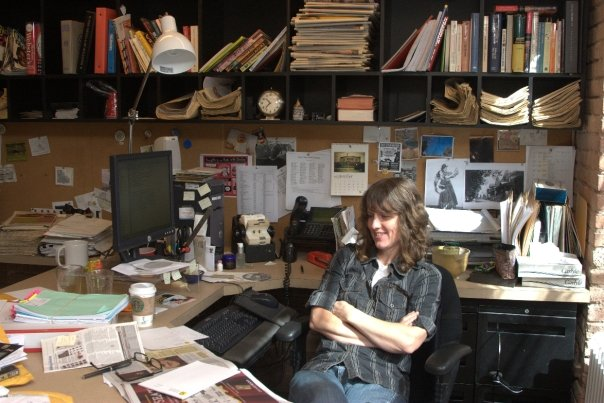 Rreader co-founder and original editor Bob Roth had some radical ideas about editors. He didn’t want them to prescribe what was written in the journal, or to ask for it. He wanted stories to emerge as natural urban flora and make their way on their own to the Reader Office. The job of the editors would be to wait for the harvest to arrive and publish the best.

And he didn’t want these editors to screw up the writer’s voice with Reader “style.” His preference was for hands-off editing at all levels, although the stories also had to be great to read, with a correct and flawless copy of every fact. No mistake.

This made the Reader a top destination for writers and, as the newspaper grew, a headache for publishers.

“It’s not about you, it’s about them”, is the main thing of my premiere Reader editor, Patrick Clinton, says he learned from Roth.

Roth was looking for excellence before excellence became a corporate cliché. But as the diary grew from eight pages in its year of launch to 160+ pages in the 1990s, its concept that stories should emerge spontaneously from the independent population – without rhythm, without assignment, without leads, without advice or any kind of plan – has become more difficult to stick to.

This year’s 50th anniversary gave me an excuse to find out from the editors who ran the newspaper for most of those ’90s juggernaut years: Alison True, who joined the Reader in 1984 and was editor-in-chief from ’94 to 2010, and Patrick Arden, editor-in-chief from ’95 to 2002. Both started as assistants and worked their way up.

A little parenthesis here, for a story that Arden tells on his first day at the Reader, where he arrived as a part-time proofreader in 1990. He had previously had a job in the same neighborhood, in a financial information service. “Every day when I leave [that office] I was going to the Grand and State station, ”Arden says, where he regularly saw a man selling second-hand paperbacks – pots he carried in a suitcase, lined up against the wall and offered for about £ 1. $ each, or whatever price might be negotiated.

Reader the proofreaders, who provided a third and fourth editorial control tower, were housed above the main editorial offices on the fourth floor – their cubicles accessed by a circular metal back staircase. Arden recalled in an email that as he stepped out of that stairwell for the first time, looking to meet his new colleagues, the first thing he saw was the bookseller, “in a cubicle with his inventory of paperback books piled high and a bag tucked under the desk. Reader “Was not a typical business and did not operate as such. If people did their job well, they were given enormous, almost absolute freedom. ”

The owners “believed that if you worked sincerely, journalism would be good, and if journalism was good, the business would prosper. It was unique.

However, as the newspaper grew, the news gap grew with it. True and Arden say it was nearly impossible to get this larger post off the ground just by trusting that great stories would hit the backboard every week. Arden recalls that during the 1995 heatwave, with True on maternity leave, he was “sitting under a [cover story] tap, absolutely dried up and waiting for a drop that never came.

To take control of what she calls a “capture as possible” situation (“a mode of operation that no one in magazine publishing would believe”), and made possible by the newspaper’s increased revenue, True added columnists, regular articles and editors. , some of whom have worked on long projects and published infrequently. Freelancers remained critical, and the newspaper’s relationship with them became more collaborative and intentional.

The “no postings” policy – at the time mostly a myth – has not officially changed, but “we’ve done a few postings,” True says, “and even paid the occasional killing fee.”

True says it “meant a lot” to her to publish John Conroy’s police torture stories (see Michael Miner’s article), but “the emphasis on ReaderCriminal justice reporting can obscure the newspaper’s larger and more varied heritage. Anything can be one Reader story if it was well written and interesting; the narrative was the key.

“And there were thousands of people who made the Reader what it was, but they weren’t mentioned often, ”she says. Mary Jo Madden, the longtime COO; artistic director Sheila Sachs; Kiki Yablon, the newspaper’s first music editor and later editor; editors and writers Martha Bayne and Kitry Krause; writers like Harold Henderson, Jeff Felshman, Bill Wyman, Toni Schlesinger, Cate Plys, Mick Dumke and Cliff Doerksen (recruited by True after writing a cranky letter to the editor); critics also editors, such as Laura Molzahn, JR Jones, Albert Williams and Tony Adler; many other staff and all freelance writers, photographers and illustrators.

After the newspaper was sold in 2007, True’s budget was cut and she had to make the “heartbreaking decision” to let the editors go. “It was probably a point where I could have fallen on my sword and gone,” True said. Instead, “I did my best under the circumstances to try to make sure that the Reader continued to be the Reader. One way to do this was to continue to use freelancers, who filled out most of the paper every week. The writers who were cut included the newspaper’s much-vaunted investigative core: Steve Bogira, Tori Marlan and Conroy.

True was discontinued in 2010 when paper fell into the hands of a hedge fund. She is now a freelance writer and editor. New York-based Arden is working on a book.

And the Reader– which allowed all these publishers and writers to capture half a century of city life and put it on paper – is entering a very different era.