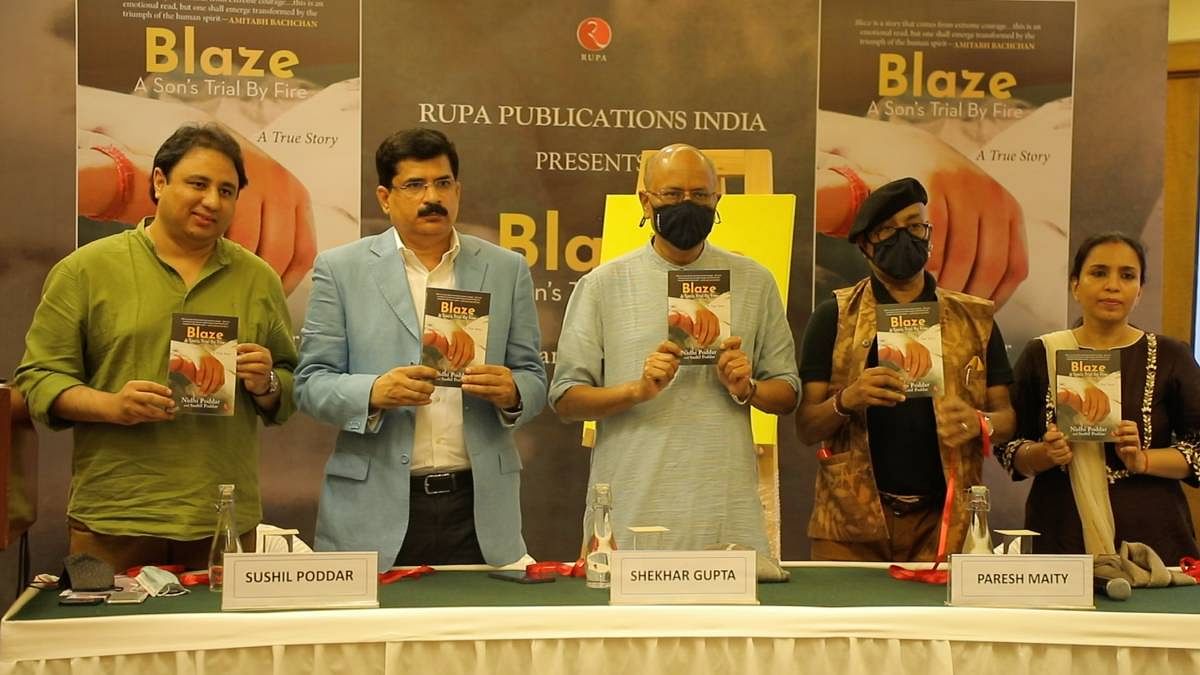 
New Delhi: “Divyansh is now with us through the fire. The journey used to be about pain, but now it’s an asset for us, ”said Nidhi Poddar, author of Blaze: A Son’s Trial by Fire, when the book was released at an event in New Delhi.

“Through the book and my trip, I learned that if you share your pain with the world, it is shared and becomes everyone’s pain,” Nidhi added.

Blaze: A Son’s Trial by Fire is the story of Divyansh Atman and his family’s journey after he was diagnosed with blood cancer. Divyansh died in 2019 at the age of 22 after battling blood cancer for 10 years.

The authors of the book, Nidhi Poddar and Sushil Poddar, are the parents of Divyansh.

Upon releasing the book, Sushil said the journey involving writing the book gave him a better understanding of his son. It was as if I had done a “doctorate on my own son,” he says.

Sushil also said that her son’s story helped him bear witness to the purity and pristine nature of motherhood as well as to her divinity.

“The story of my Divyansh has allowed me to learn more and more about my marriage and the marital nature of this relationship,” he said.

Authors “brought their son to immortality”

The book was published by Rupa Publications.

Shekhar Gupta, Padma Bhusan Fellow and Founder and Editor-in-Chief of ThePrint, and Paresh Maity, Padma Shri Fellow, were the guests of honor at the event.

While Maity drew a live painting of the book’s cover when it was released, Gupta hoped the book would not only see many more impressions, but also be released in other languages ​​so that more. more people can read it.

“This book is not a legacy that he (Divyansh) left behind. The legacy he left is these parents, because look at the time, the affection they devoted to him. They brought their son to immortality with this book, ”Gupta said.

Rudra Sharma, Senior Editor, Rupa Publications, said: “The book has been a success even from a commercial standpoint as it entered the third print run since its first printing and has been in print for a year and a half. months now. He also gained a lot of attention in countries like the US, UK and Israel – where Divyansh was for his treatment. Divyansh’s story should never be exhausted.

One of the book’s readers, Nitin Khanna, who was in attendance at the event, said: “Blaze is when we look at pain in its raw state and transcend it.”

But the news media are in a crisis of their own. There have been brutal layoffs and pay cuts. The best of journalism is shrinking, giving in to crass spectacle in prime time.

ThePrint has the best young reporters, columnists and editors working there. To maintain journalism of this quality, it takes smart, thoughtful people like you to pay the price. Whether you live in India or abroad, you can do it here.

For Sutton Foster, crochet is a survival tactic

Heroes in my book | Letters to the Editor