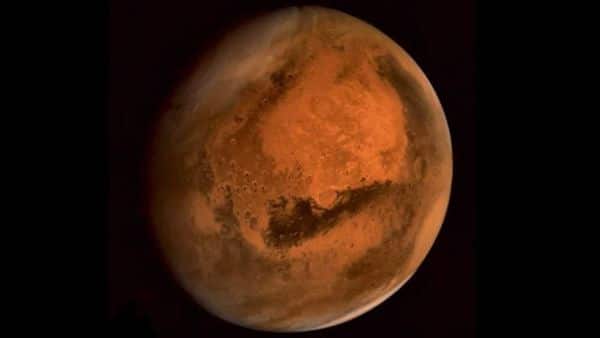 The problem, Mason says, is that human bodies are perfectly suited to life on Earth and are not likely to withstand well during the long journeys required to settle the moon and Mars. Someday soon, however, advances in genetics and medicine – such as CRISPR gene-editing technology or CAR T-cell therapies, in which immune cells are redesigned to fight cancer – could be used. to help astronauts better withstand the rigors. space flight.

Mason has been studying these problems for years. He led one of the teams chosen by NASA to study the impact of long-term space travel on identical twins Scott and (now Senator) Mark Kelly after the first spent a year on the International Space Station. Mason’s lab also specializes in cancer research. The two areas inform each other, as well as the long-term plan for human survival that Mason describes in “The Next 500 Years: Engineering Life to Reach New Worlds.”

I had about 100 pages in your book and had a vision of you as a judge on “Shark Tank”. Jeff Bezos or Elon Musk is on stage to present a Martian business plan. how are you going to keep these people alive? “

Yes, I would like to say, “Thank you for propelling and sending humans into space, but what steps are we taking to make sure we do no harm?” “

For 60 years, we have viewed rockets, space capsules and computers as the limits to our ability to explore space. But you say that in fact human biology is the limit.

Yeah, that’s it. But I’m not saying it has to be. Perhaps we will be pleasantly surprised by the glorious plasticity of the human body’s response, and humans will do just fine. Or if you dig just deep enough on Mars, you may be able to be shielded from radiation under the regolith. You might be fine. But deep space missions, going beyond the inner planets, or even a single long mission to Mars and back, will push the boundaries of what we know. It is also approaching the estimated lifetime limits of radiation for human exposure.

Based on what you learned from the Kelly twins, what are the main health risks, for example, a mission to Mars?

Each astronaut is a small, biomolecular snowflake, where they have distinct responses to space flight. But all face the same risks: the change in gravity and radiation. These are the two big ones that we see all the time. We can see that these lead to changes in the body, such as bones, muscles, and genes. But we also see these other factors – the isolation you have, you’re away from your friends, your family – that’s a really key cognitive element that you have to follow.

Should we say to an astronaut who is going on a two-year mission, “There is a good chance that you are at risk to your health and that you are probably damaging your life? “

I don’t know if I would go so far as to say it shortens your life. We just don’t know. Astronauts are among the most watched and examined patients. In fact, they have some of the best healthcare in the world. And they are already very healthy when they go up. But we do know that it probably increases the long-term risk of cardiovascular disease and cancer, based on radiation exposure alone.

Scott Kelly wrote that he did not feel normal for about seven to eight months after returning to Earth. Do you know what explains this?

The one-year mission was more difficult than the previous ones. It is possible that longer missions are actually more difficult on the body in a non-linear fashion. It’s not just twice as hard for twice as long, it can be four times as hard. We don’t have enough data to know if it increases when you go on a three-year mission to Mars and vice versa, for example. We can see the genes that were inside his cells responding to space flight even months afterward. The genes turned on for DNA repair were still turned on at a higher level than before he went into space. We also did continuous and additional sampling to track this, and we can say that almost all of the genes have returned to normal.

How far are scientists able to perform some of the engineering techniques discussed in the book? For example, should you turn genes on and off to temporarily protect someone from radiation?

We’re technically at the point where we can do some of that. But I don’t think we’re yet at the point where we can deploy it for astronauts. I think we won’t be able to deploy some of these ideas to astronauts for maybe 10 to 20 years. This is a long way off, as we would need to have already completed so many clinical trials and have almost no doubts about the safety and effectiveness of these genetic and epigenetic therapies. But as I point out in the book, we are already doing this today. There are now over 1,000 CAR-T and CAR trials. We make cells and inject them back into patients and they are now walking around the Earth, healed. We just haven’t tried it on this radiation issue yet, except in the cells. But I think we’ll get there soon.

Ten to 20 years could be the time frame in which we are ready to send people on this three year mission to Mars.

Yes, it’s going to be like most drugs. It might be something very optional. If you have two options, one which is the more dangerous, you are not going to choose the more dangerous. You will take the safest option, the one with clinically validated therapies. Vaccines are not without risk either. We tell people that if you go to an area with a known pathogen, get vaccinated. The analogy here is like going to a place where you know there is danger and can prevent it, even though the thing that can prevent it may not be zero risk. You have to do the math that this risk is less than whatever the danger.

Chinese science comes up often in the book, and for good reason. China has really jumped on a lot of these technologies where the West has ethical concerns and inhibitions. Is there a possibility that they are getting ahead in human space exploration simply because they are more willing to take these risks?

In some cases, the answer is likely to be yes, as we have seen that before. For example, CRISPR embryos that were implanted and then born and He Jiankui is now in prison for that. [He, a Chinese biophysics researcher, claimed to have genetically edited the embryos of twin girls in 2018. He was sentenced to three years in prison the following year.] But he was not put in jail until an international conviction occurred. I think your hunch there is correct and I’ve seen it firsthand. In general, they’re not as averse to risk as we are here, and their risk threshold seems to allow them to jump into things we’d take longer with more quickly.

The idea that we should design humans for space will inevitably sound like eugenics to some. How do you respond to that?

Eugenics took away freedoms from people, including forced sterilization. My point is that if the technology is deployed in a fair and equitable manner and with care it could actually increase cell freedoms, it is really the opposite of eugenics. Instead of someone limiting what you can do with your cells, we reverse it, technology can give you the greatest possible flexibility to do things with your cells and molecules. And then help you get to places you couldn’t otherwise.

It seems likely that even many people who will never go to space will benefit from the work you and others do in trying to figure out how to make people more resilient in extreme environments.

Absolutely. Even things like, if you are doing radiation therapy for cancer, finding ways to protect adjacent areas is something that helps everyone.

How do the officials you work with – for example at NASA – react to the possibility of designing humans for space?

It’s too early because the technologies are only a few years old. Is this something that we are going to do next year? Or even in five years for the astronauts? No. And even I don’t think we should. But are we doing it now in my lab for cancer patients? Yes, because they don’t have that much time. These cancer patients are looking the grim reaper in the face; astronauts should have long and full lives. At present, we do not know enough about these technologies to use them on astronauts. In the book, I propose most from 2040.

How does the commercial space industry approach these ideas?

I think we’re right at the bottom of the roller coaster, when it starts to go up, taking the biggest hill on the ride. Momentum is building so that very soon we can send many more people into space than ever before. And possibly in a decade or a little more, hopefully, potentially be on Mars. These are highly skilled, super-specialized, deeply filtered humans who are on the rise. Commercial space companies are looking for people who are regular Jacks and Jills, perhaps older, perhaps less physically fit, might have other co-morbidities that might put them at higher risk. As commercial space flight opens up space, it democratizes space. We don’t know how a poorer human body will behave in flight, but we’ll find out soon. If we do it right and carefully, everyone will soon be right.

* Thank you for subscribing to our newsletter.