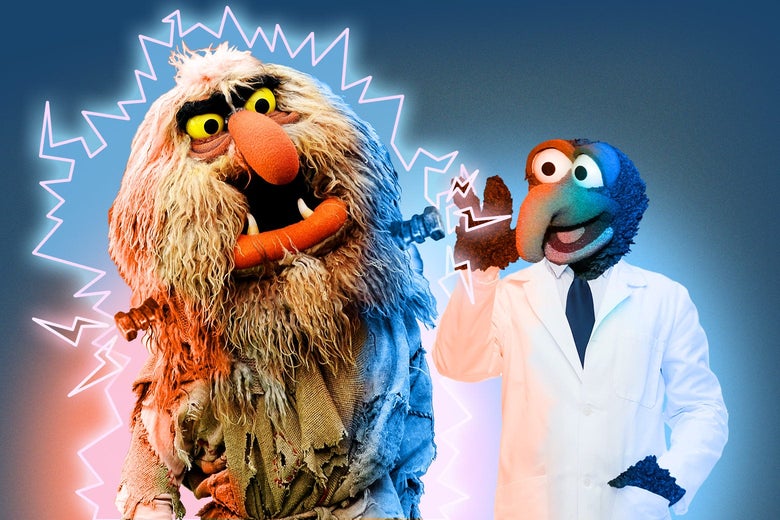 Subscribe to receive the Bulletin of the future every other Saturday.

On August 30, my heart broke a little bit.

That day the Guardian published a remarkable interview with Frank Oz, longtime collaborator of Jim Henson and the puppeteer behind Fozzie Bear, Miss Piggy and other classic Muppets. Oz hasn’t been involved with the Muppets since 2007, three years after Disney bought the franchise. He told The Guardian, “I’d love to remake the Muppets but Disney doesn’t want me, and Sesame Street hasn’t asked me for 10 years. They don’t want me because I won’t follow orders and I won’t be the kind of Muppets they believe in. He added of the post-Disney Muppet movies and TV shows: “The soul is not here. The soul is what makes things grow and be funny. But I miss them and love them. As a longtime Muppets fan, I agree: There have been some delightful moments in Muppets reboots of the past few years, but they were a bit too pale, the chaos and order a bit too much. calculated.

But I think there is a way to bring the Muppets back, a way that might also – and here’s the Future Tense agenda – help spark some intelligent discussions about scientific ethics, especially what it means to be human and how. approach innovation responsibly. We need Frank Oz to lead a Muppet Frankenstein.

The Muppets have flirted with Frankenstein before, but the world really could use a definitive new adaptation of the Mary Shelley classic. Two hundred and three years after its publication (205 since dare on a gloomy Swiss summer night inspired teenage Shelley to write it), the novel was overshadowed by the films, TV shows, plays, graphic novels, and other derivative works it inspired. The Wikipedia page of “Frankenstein In popular culture“is exhausting. The original has been around so long that any new version needs a twist, taking it further and further away from the original text. (I have found that many people have completely forgotten, or never knew , that much of the story takes place in the Arctic.) It is considered pedantic to point out that Frankenstein was the human – Victor Frankenstein, mad scientist / hubrist freshman at the university – and not the monster. But it is significant! It is important that the villain in the film is the person who did not consider the ramifications of his experience, who worked alone without worrying about ethics. It is important that the monster has failed by its creator, resulting in all this destruction. Now is a great time to remind people of these important parts of a novel that too often boils down to “Science is Bad and Scary,” as evidenced by the tedious prefix and ubiquitous “Franken-“.

Five years ago, I was fortunate enough to participate in the Arizona State University program Frankenstein Bicentennial Project, which produced, among other things, a annotated version of Frankenstein which included several essays highlighting the novel’s commentary on ethics and innovation. (ASU partners with Slate and New America in Future Tense.) Shelley, writing at one point in experiments that applied electricity to corpses, offered us a wonderfully rich text to help us reflect on the promising peril, or perilous promise, of CRISPR gene editing, geoengineering to combat climate change, artificial intelligence in general and more distant technologies which are slowly becoming part of our daily life.

Unfortunately, a lot of people won’t take the time to read Frankenstein, even if it’s a page turner, not to mention the thoughtful essays that come with it.

But the Muppets! Anyone can invest 90 minutes in an adaptation of Muppet that mixes the ethical and moral lessons of the original with postmodern madness. Gonzo, leaning over the mad scientist, could be Victor Frankenstein assembling the monster, played by Candies with a few bolts in his neck. Janice could be Elizabeth Lavenza, Victor’s ailing fiancée. Beaker and Dr Bunsen Honeydew could play Henry Clerval together, Victor’s friend who tries to direct him properly. Fozzie could be a wacky version of arctic explorer Robert Walton. Sam the Eagle could be a concerned professor, and Kermit could play Victor’s father, which is appropriate, given that the Sparkle Notes For Frankenstein reminds me that Alphonse Frankenstein loved to remind his son of the most important of Kermit values: the importance of family. Miss Piggy (why are there so few female Muppets? It’s a parody) could be played as Mary Shelley, just like Gonzo played Charles Dickens in A Christmas Carol from the Muppets, giving us comments and some general information on the remarkable life of the author. (To learn more, I highly recommend reading Charlotte Gordon Romantic outlaw, a double biography of Shelley and her mother, Mary Wollstonecraft. I’ll just say that Shelley’s life could make a wonderful CW show as well. Gordon, by the way, wrote a wonderful piece Future Tense in 2017 on three lessons. Frankenstein offers experts in artificial intelligence.)

Muppet Frankenstein could be an opportunity to restore the Muppets to their original splendor and also to offer an accessible and non-vulgar framework to reflect on thorny subjects. It would be a remarkable opportunity to inject hope into the discourse on emerging science.

Instead, Disney just released the poster for the upcoming Disney + special this week. Haunted Mansion of the Muppets, in which, Collider says, “The great Gonzo will dare to stay a night in the iconic and spooky haunted mansion located in the Disney theme park.” Synergy may be great for Disney, but I’d rather watch Frank Oz bring his magic to a classic that sorely needs a faithful but crazy reboot.

Here are some stories from Future Tense’s recent past.

I wish we had published it

“The plan to stop each respiratory virus at a time, by Sarah Zhang, The Atlantic

Darknet logs has long been one of my favorite podcasts for the way it brings real crime drama to cybercrime. But his last two episodes, “The spy” and “ONS Group, are particularly noteworthy. The first tells the story of a private detective hired by the Israeli surveillance firm Black Cube to spy on journalists covering Harvey Weinstein. He also found himself keeping tabs on Citizen Lab senior researcher John Scott Railton in a particularly clumsy operation. In “NSO Group”, Darknet logs– with help from Railton – takes a look at the NSO Group, the infamous company behind the Pegasus spyware that was used to track down dissidents.

And then: to be determined

In this week’s episode of Slate’s tech podcast, ProPublica’s Lizzie O’Leary and Abrahm Lustgarten discuss the troubling present and future of the Colorado River. Last week, Lizzie spoke with Brandy Zadrozny, senior reporter for NBC News, about how ivermectin misinformation has taken hold on the COVID-skeptical internet.

Join the New America Fellows Program, Learning Sciences Exchange and Future Tense Fellows Program for a conversation with Annie Murphy Paul and Nick Thompson, CEO of Atlantic, on how and why to rethink the art of thinking. RSVP.

• Real Science Fiction / Politics Book Club: The ministry of the future by Kim Stanley Robinson
Wednesday, October 13, 6-7 p.m. Eastern Time
In The ministry of the future, selected by Barack Obama as one of his favorite books of 2020, humanity is trying to mitigate the disastrous impacts of global warming in the not-so-distant future. It combines economic and monetary policy, drones, engineering, human struggle, etc.

Join Future Tense and Issues in Science and Technology at for our second edition of our Science Fiction / Real Policy Book Club. RSVP.