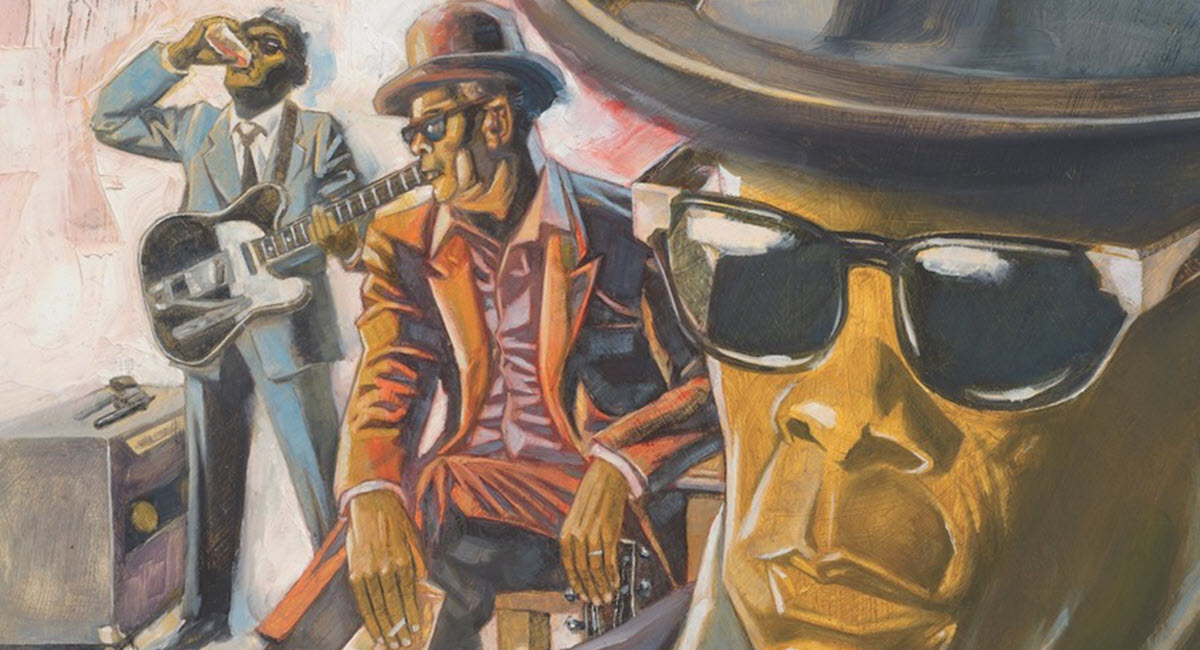 Z2 Comics has announced its latest graphic novel, this one based on the life and music of the legendary blues musician John lee hooker. A Bourbon, A Scotch, A Beer is produced in conjunction with the John Lee Hooker Estate and will tell a selection of stories from Hooker’s life from the perspective of those around him. Eisner Laureate Artist kyle baker will illustrate the graphic novel, written by Gabe Soria & Jarrett williams and also features illustrations of Taylan kurtulus. Ho Che Anderson provides the cover of the book.

This is how Z2 Comics describes A Bourbon, A Scotch, A Beer:

Legendary bluesman John Lee Hooker lived more life in one of his songs than the collective lives of many. Spanning decades of American experience, John Lee Hooker: a bourbon, a scotch, a beer tells three stories of Hooker’s life through the perspective of those who lived in his massive orbit, weaving textured and interpretive stories that rise to the lofty creative heights of his music and fall into the harsh reality of trying to thrive in several ruthless eras.

As with most versions of Z2, A Bourbon, A Scotch, A Beer will be available in several different editions. In addition to the softcover and hardcover editions of the book, a deluxe edition will feature an oversized hardcover with new cover illustrations from Andrew Cook, as well as a trio of prints by Baker and Kurtulus and a vinyl single of the song from which the book takes its name.

In a press release announcing the graphic novel, zakiya hooker, daughter of John Lee Hooker, thanked Z2 Comics for bringing her father’s story to life and introducing it to a new audience. CEO and publisher of Z2 Josh frankel also praised the quality of the book, calling it “one of the best work we have published”.

A Bourbon, A Scotch, A Beer is available for preorder now, and is scheduled for release on March 1, 2022.